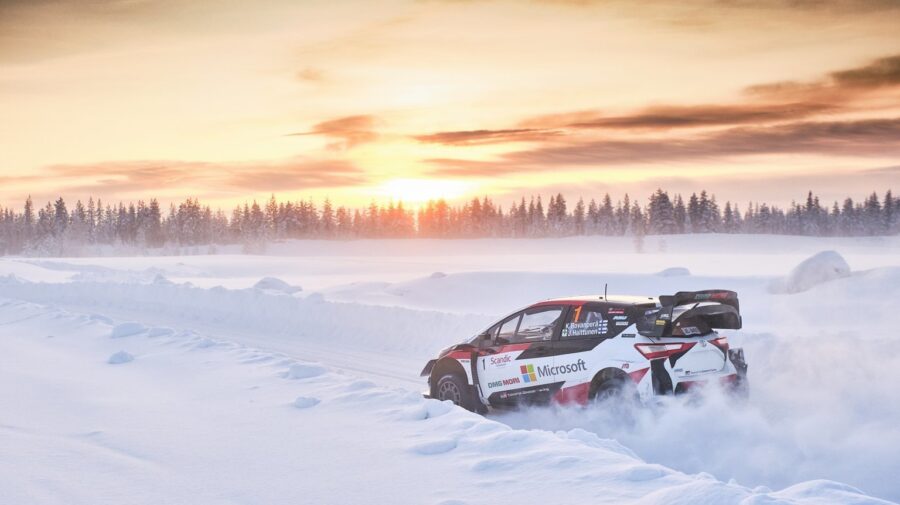 This year, Finland will be hosting not just one, but two FIA World Rally Championship events, when in addition to Jyväskylä, the best rally drivers in the world will also be competing against each other in the middle of the Arctic scenery of Rovaniemi in the Finnish Lapland at the end of February.

A rare opportunity to host two WRC events in the same year presented itself to AKK Sports, the organiser of Rally Finland, as it was announced in December last year that February’s Rally Sweden would not go ahead as planned – which in turn left a gap in the WRC calendar to be filled.

“We set out to look into the matter and explore our possibilities. Of the various different options, Rovaniemi with its solid culture in organising winter rallies, good reputation as an international event city and large number of enthusiastic and experienced rally-makers stood out. I am very pleased about how quickly the City of Rovaniemi embraced the idea, and we were lucky to get the equally enthusiastic CapitalBox as the other main partner of Arctic Rally Finland. It’s fantastic to be able to provide something extraordinary like this – we are making history together”, describes the CEO of AKK Sports Riku Bitter.

The Finnish Rally Championship season opener takes place in Rovaniemi this coming weekend, 15 – 16 January, and preparations for the WRC event up next are already in full swing with the FRC staff. Extra special attention will be paid to the Coronavirus (COVID-19) responsibility practices, and the organisers will strictly adhere to all the COVID-19 guidelines issued by the state, the local authorities as well as the FIA. If organising public events is not allowed, the Arctic Rally Finland organiser will not sell tickets to the event or set up any spectator areas – in which case, the organiser hopes everyone will stay home and enjoy the wide range of rally coverage provided by the Finnish Broadcasting Company Yle and WRC+ All Live safely.

Event main partners excited: “A one-of-a-kind sports event!”
The new host city of the Finnish WRC round driven 26 – 28 February 2021 is eager to show off its most fascinating sides and provide the best possible service.

“We are proud to be involved in bringing the Arctic Rally Finland to Rovaniemi. The Arctic elements, the snow and ice, create unique conditions for the WRC event. Our city is supporting the organisation in every way possible by building a high-quality setting for this one-of-a-kind sports event”, says the pleased Chair of the Rovaniemi City Board Liisa Ansala.

“The Arctic Rally Finland is a high-level event, and it is a pleasure for us to be a part of it and to make it happen together with all the skilled and dedicated professionals. People will remember this WRC event for a long time to come – and together we will make it an amazing experience for the entire rallying world to marvel at and enjoy!” enthuses the CapitalBox CEO Scott Donnelly.

Three days of Arctic WRC action puts drivers’ skills to the test
The plans are for the Rovaniemi round to be driven as a three-day event: the action starts on Friday 26 February with a shakedown in the morning, and the first special stages of the rally proper will be driven on Friday evening. The competition continues on Saturday 27 February with three stages that will all be driven twice in and around the Rovaniemi area.

The Arctic Rally Finland Powered by CapitalBox ends on Sunday 28 February with the rally-closing Power Stage taking place in the afternoon. To sum up, the Rovaniemi WRC round driven at the end of February will feature ten special stages and the total distance of approximately 260 special stage kilometres.