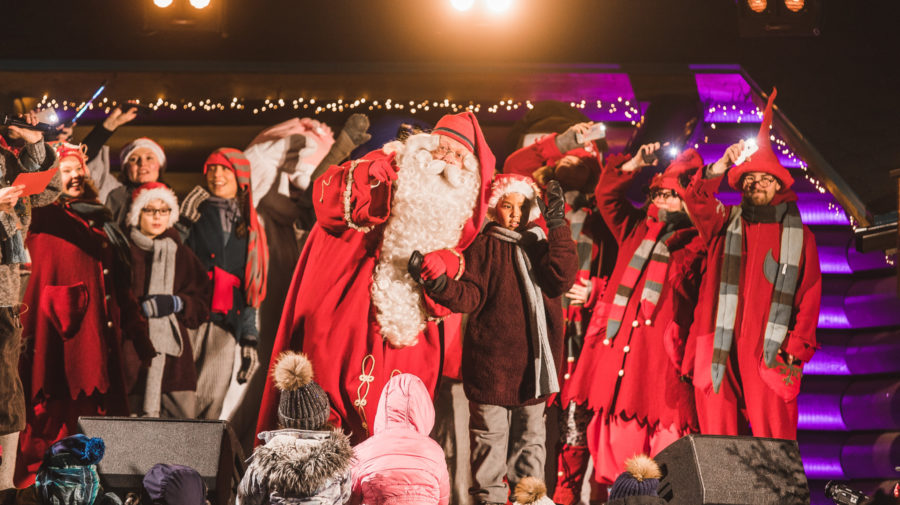 Santa Claus gives his much-awaited speech in the annual Christmas opening in his official hometown Rovaniemi in Finnish Lapland 10th November. This year you can join the festivities directly from your own sofa!

Christmas opening festivities traditionally start the Christmas season in Finland. Held in Santa Claus’ official hometown Rovaniemi in the Arctic Circle, the celebration gathers people around the world to live the magic of Christmas.

The festivities start with a Christmas carol concert. Jingle bells jingle and elves gambol around when it’s time for the beloved Santa Claus to step on stage and hold his annual speech. Elves have whispered that this year Santa would speak about the meaning of goodwill. The speech and warm atmosphere will surely get everyone into the spirit of Christmas.

As Santa cannot fly everyone to Lapland to celebrate this special time of the year with him, he has arranged a possibility to take part in the festivities online. A live broadcast from Arctic Circle starts at 3.45 pm Finnish time (UTC +2) on the Visit Rovaniemi Facebook-site (www.facebook.com/VisitRovaniemi.fi) and Livestream (https://livestream.com/onair/santa).

The Grand Opening of Christmas Season 2019
Sun 10th November 2019 at 4 pm in Santa Claus Village, Rovaniemi, Finnish Lapland.
Join the event on spot or watch live on www.facebook.com/VisitRovaniemi.fi and www.visitrovaniemi.fi/watch-live.

As the biggest winter activity destination in Northern Europe, Rovaniemi is also happy to announce that winter tours like snowmobiling, husky sledding and reindeer sleigh rides are already available on snow for its early winter guests. The Northern Lights tours have been operated already since the end of August.

The beloved Santa Claus can be visited every day of the year in Santa Claus Village, Arctic Circle in Rovaniemi.