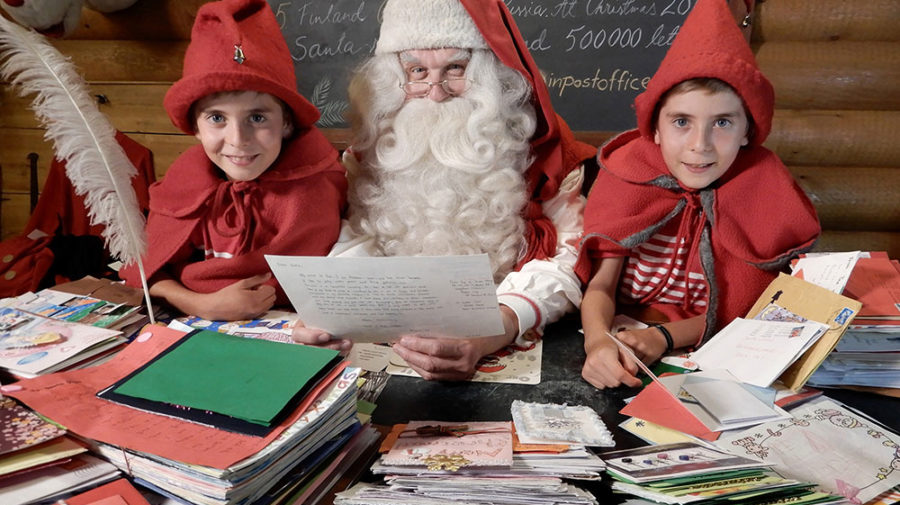 Rovaniemi’s Santa Claus is one of greatest Finnish YouTube stars

Rovaniemi based Santa’s Santatelevision YouTube channel has doubled its viewers this year, with a goal of 100 million video views by the end of the Christmas season. Half of the viewers come from Latin America. Other important countries include France, Italy and Spain, and about 2% are Finns.

The Santatelevision YouTube channel (www.youtube.com/santatelevision) is produced by Rovaniemi (Lapland, Finland) -based Joulupukki TV Oy. As with tourism of Rovaniemi in Lapland, Santa Claus YouTube channel is growing fast: Santatelevision has been viewed twice as much this year compared to last, and the pace is only accelerating as Christmas approaches, says Tommi Lappalainen, CEO of Joulupukki TV. By mid-December 2017, video views have reached about 70 million.

New videos include, for example, Santa’s reindeer dog and the most beautiful letters to Santa

The most popular videos on the Santatelevision channel are the Santa’s video greetings and stories about his reindeer. The typical video is between 4 and 10 minutes long. Currently, Santatelevision has about 70 different Santa Claus videos, most of them localized in six different languages (English, Finnish, French, Italian, Spanish and Portuguese).

Santatelevision is one of Finland’s most international YouTube channels

The goal of the Santatelevision YouTube channel is to reach 100 million videos viewed by the end of the year. About half of channel viewers come from Latin or South America (Mexico, Argentina, Brazil, etc.) Other countries where the videos are popular include France (about 14% of viewers), Italy (14%), and Spain (10%). Finns represent only a couple percent of the video views overall.