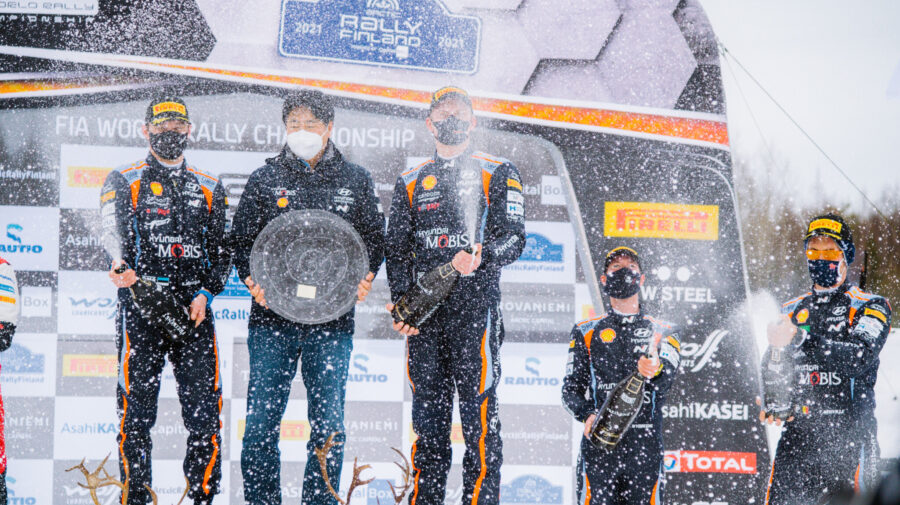 Rovaniemi attracted a star-studded line-up for the first ever Arctic Rally Finland powered by CapitalBox, and the world’s best rally drivers were seen driving the snowy roads of Lapland.  21 home-grown talents took part in the race, and there was a strong interest in WRC2 and WRC3 with a combined 32 entries in total and extreme E contenders Ekström and Kristoffersson provided an added intrigue. A total of 56 entries started the race and among them 24 countries were represented. 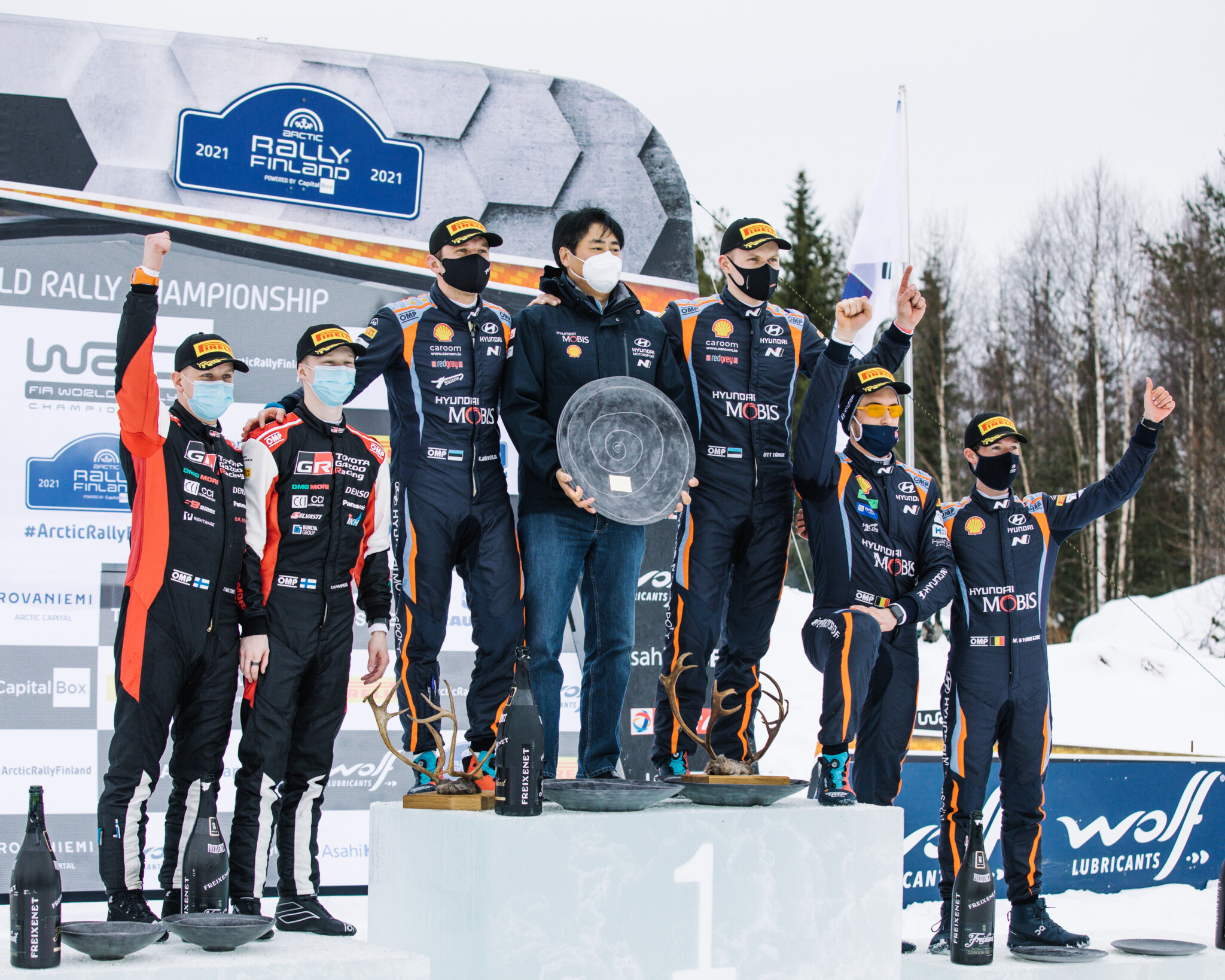 The atmosphere at the podium

Hyundais Ott Tänak and Martin Järveoja took the 1st place in Rovaniemi and on the 2nd Kalle Rovanperä & Jonne Halttunen with their Toyota also taking the lead in the provisional standings. 3rd were Thierry Neuville & Martijn Wydaeghe with their Hyundai.

The Finns have a lot to celebrate for EsaPekka Lappi and Janne Ferm took the 1st place in WRC2 class and in WRC3 class the winners were Teemu Asunmaa and Marko Salminen.

Presenting the trophies for 3rd place by Ulla-Kirsikka Vainio, Mayor of Rovaniemi and for 2nd place presented by Jean Todt, FIA President and to top it all presenting trophies for 1st place who else than Santa Claus the most famous resident of Rovaniemi! 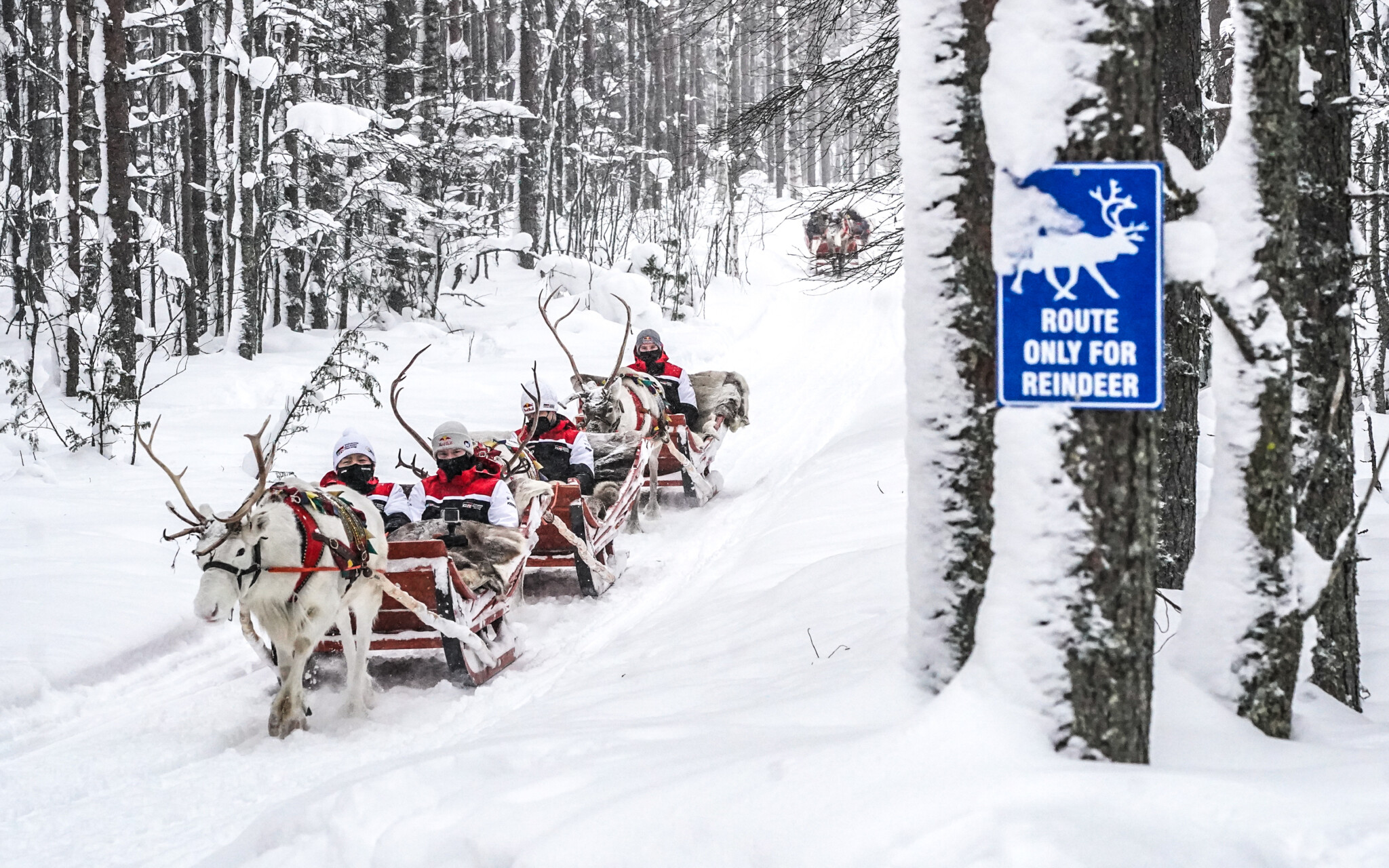 Audience of billions already before the race

The event itself gained awareness of billions as views on the subject, were reaching 5 billion even before the race even had taken place. It is estimated that the before race value of gained media must have been a staggering 45 million euros and 400 million views in social media. In terms of international interest, the FIA WRC Arctic Rally Finland is equivalent with Arctic Council Ministerial Meeting held in Rovaniemi back in 2019. 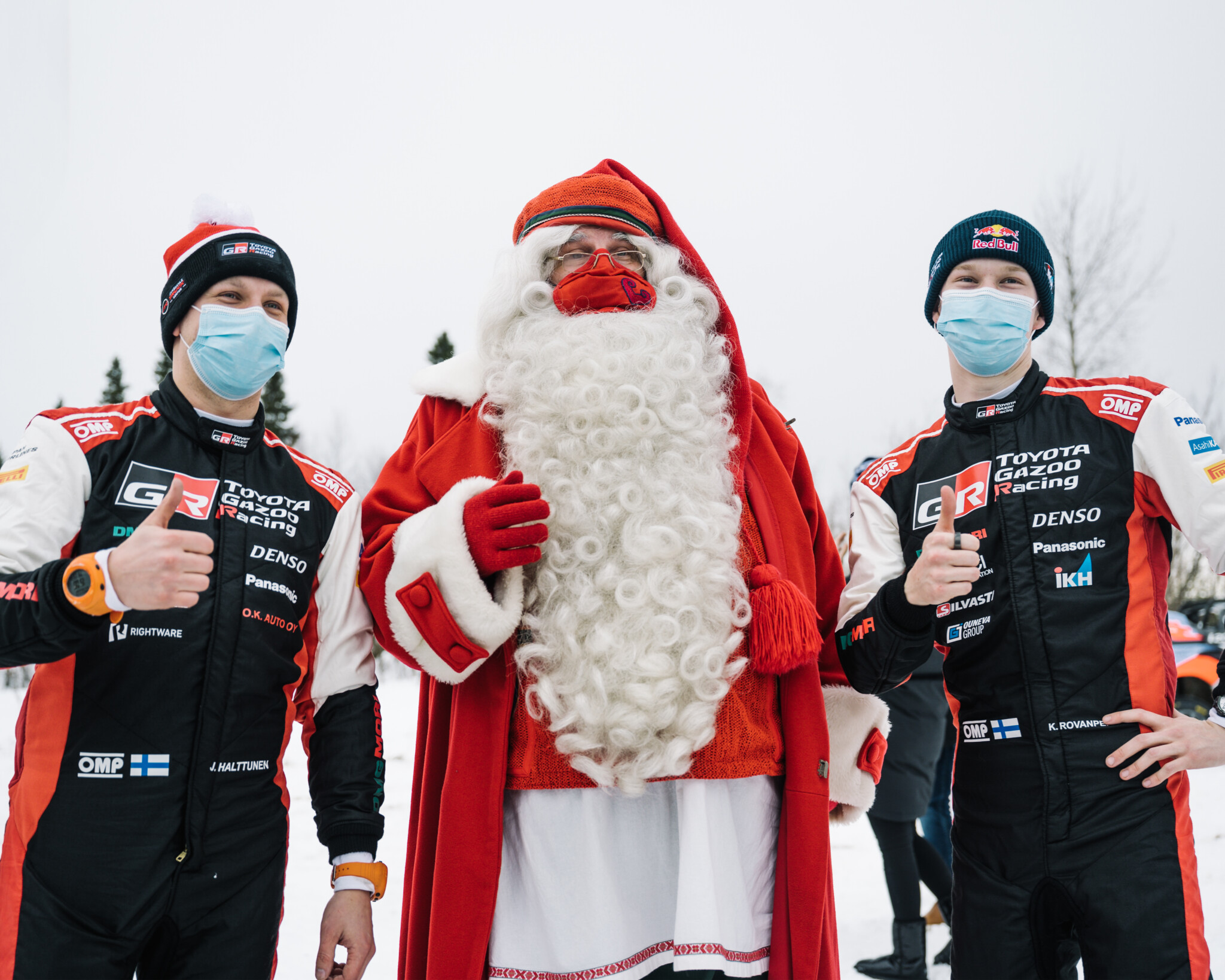 Rovaniemi hosted a Race with a Heart full of Hope <3

Thank you drivers, AKK Sports, CapitalBox, thank you teams, thank you all the hundreds of volunteers for making a safe and amazing race, and thank you our film crew on sight the whole weekend! And above all thank you all for tuning in, Rovaniemi is the kind of Arctic that stays with you, with a Heart full of Hope <3