In the article written by Kelly Magyarics, retirees Jeff and Julie Martin, who have retired respectively from the paper industry and nursing,  rather chose a trip to – what they called – winter wonderland Rovaniemi, than threw a big retirement party. The capital of Finnish Lapland Rovaniemi and the phenomenal experiences were highly praised by the couple, who traveled with their daughter and son-in-law. 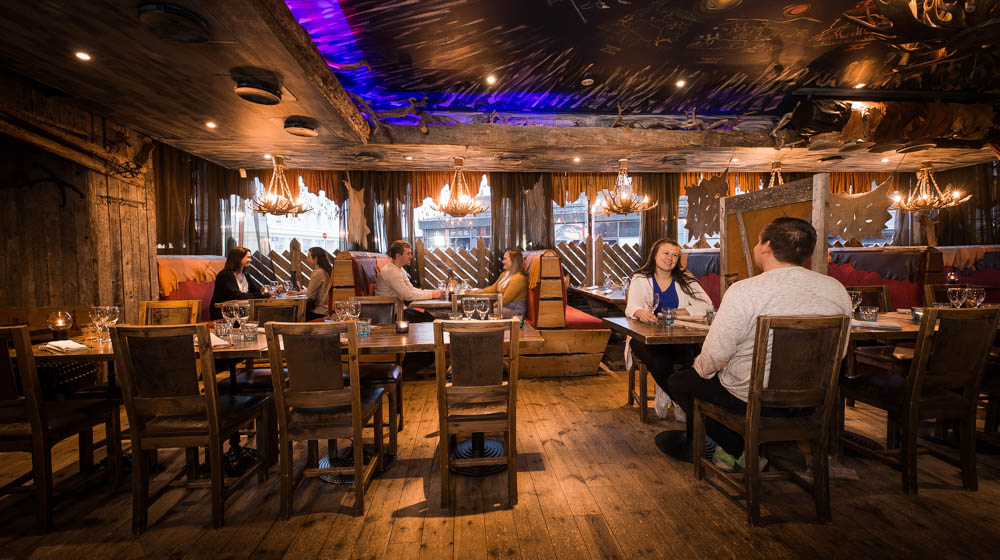 Nili Restaurant is beautifully represented in the feature as the place to enjoy local game, berries, and Lappish lake-caught fish. The Arctic Circle attraction that draws more than 500 000 annual visitors from all around the world Santa Claus Village, was one of the magical experiences for the couple. In Santa Claus Village they enjoyed a reindeer sled ride and Arctic Circle crossing ceremony, ending up in a kota, with a fire inside. The couple then enjoyed an evening snowmobile excursion around Rovaniemi, stopping on the frozen river at Jätkänkynttilä, a famous Rovaniemi bridge and also Finland’s first cable-stayed bridge. 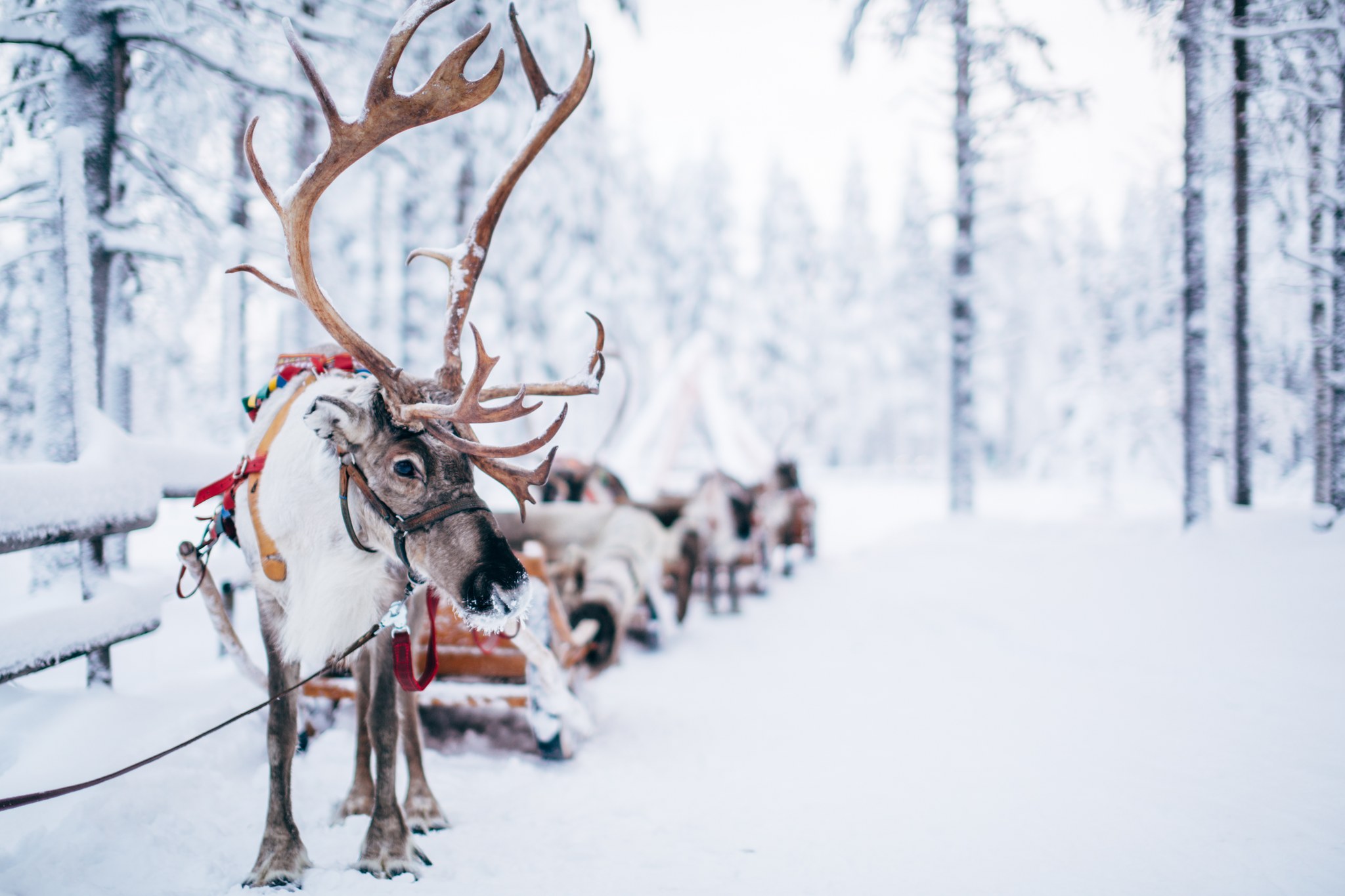 Reindeer sled ride at Santa Claus Reindeer
The couple states that the most incredible moment occurred on their last night—during a stay in a glass igloo. The night gave them a show of their life time when stirred by the Northern Lights alarm they all gathered outside to witness the green glow of the Aurora Borealis.
“To truly experience Finland requires more than a few days; the lack of time constraints during retirement allowed that.” —Retirees Jeff and Julie Martin. 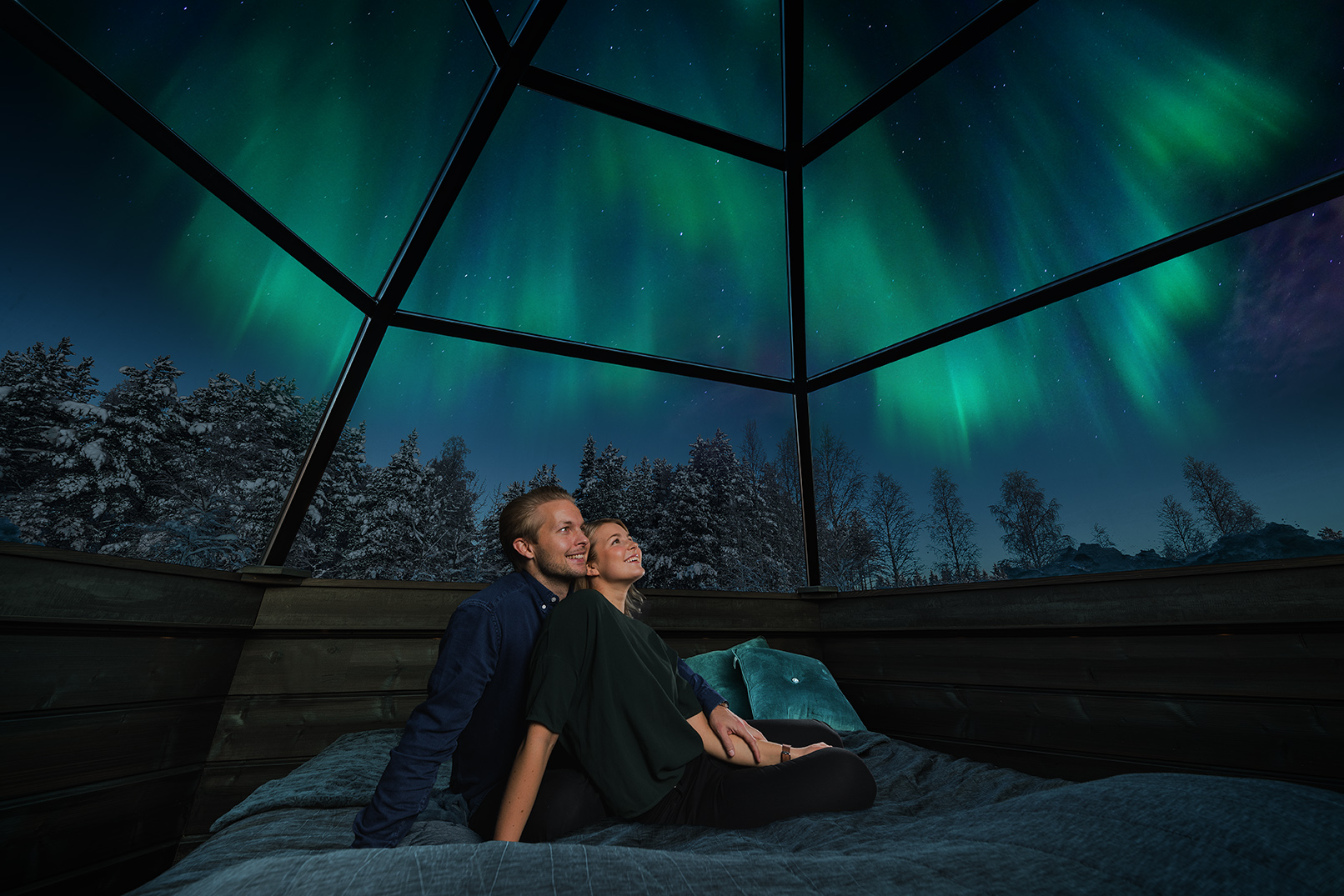 Rovaniemi Igloos with Aurora Borealis – best trip to take after retirement, Picture by Arctic SnowHotel.
Back to news listing