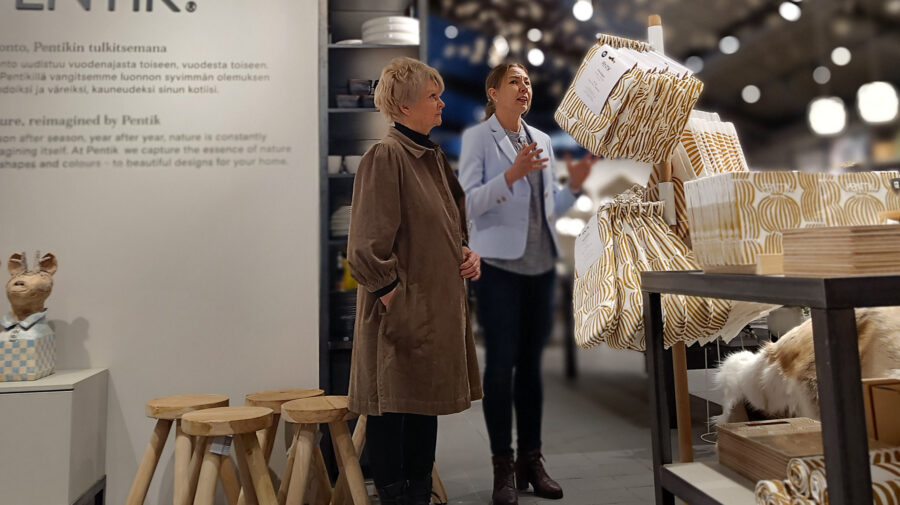 World’s northernmost ceramic factory Pentik dates back half a century, since then Pentik has grown into a household brand loved by Finnish homes. The iconic brand originated from one brave womans dream – ”My first thought when I wake up in the morning has been the same for half a century I can’t wait to put my hands into clay. I love it.” -Anu Pentik.

Pentik opening a new store in the Arctic Circle Rovaniemi is not only a step towards new possibilities, but also returning to one´s roots.  With a road map to win the hearts of  customers globally, Pentik chose to build opportunities with Rovaniemi on the Arctic Circle, Santa Claus Village.

With the Pentik store opening on the Arctic Circle of Rovaniemi, a strong presence of leading Northern design brands is born. Minna Lampinen, Pentik’s Director of Marketing and Communications, states that this store location has indeed been in sight for quite some time. The Pentik store now has the best location in the Arctic Circle -in the embrace of the beloved Santa Claus Office. 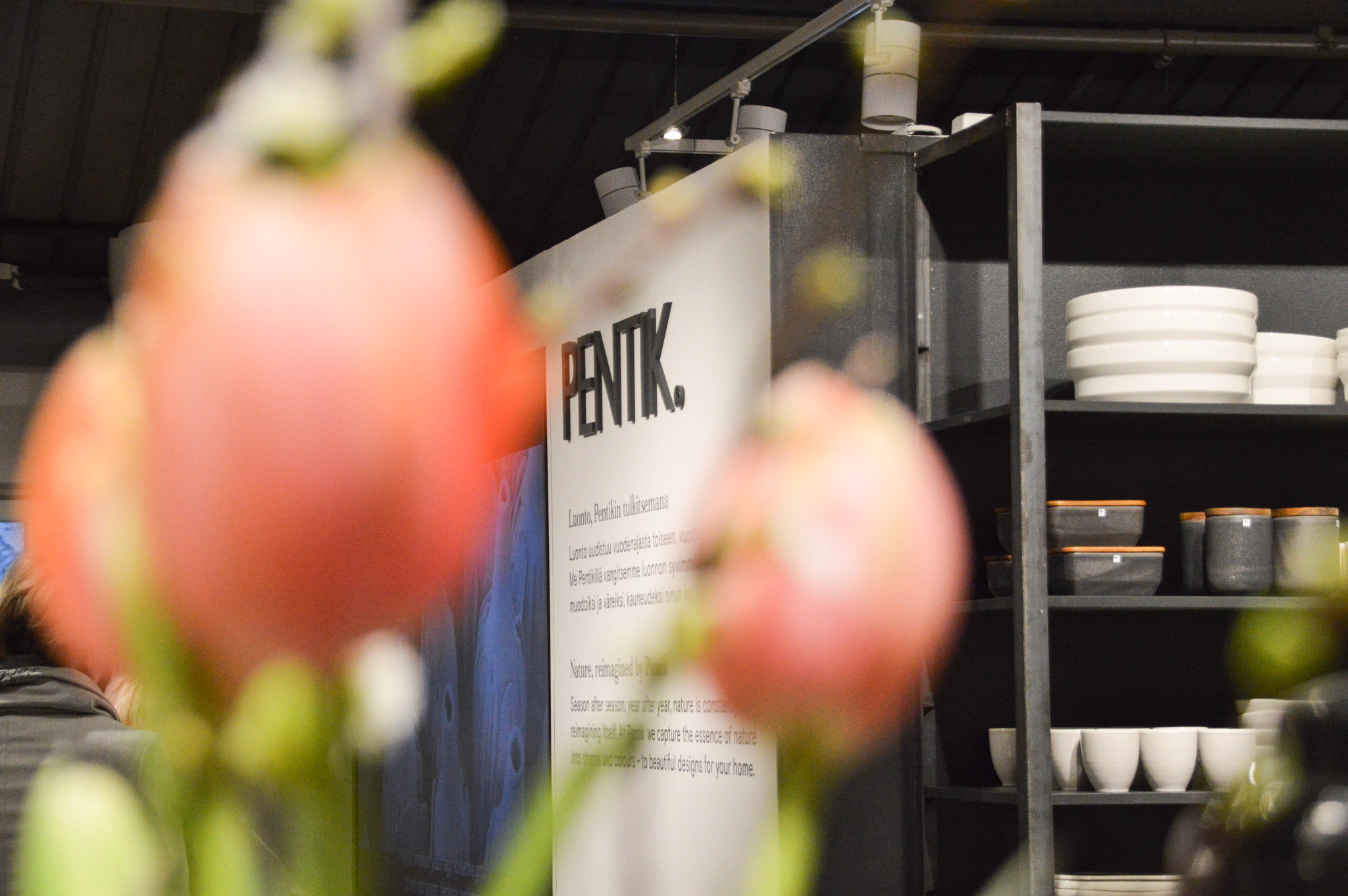 Award-winning ceramic artist Anu Pentik thinks the timing for opening a new store in the Arctic Circle is just perfect, and continues how the Rovaniemi Arctic Circle store is now the most important one, in this new global road map. Wulff continues how Rovaniemi is seen as a very optimal location for getting to know the international customer. – Of course, serving a local customer is equally important, but in Rovaniemi we are able to see what interests the international customer.

– Visit Rovaniemi begins this co-operation with Pentik, with a great joy and pride, states Sanna Kärkkäinen, the Managing Director of Visit Rovaniemi. According to Kärkkäinen Santa Claus Village on the Arctic Circle is one of Lapland’s most popular tourist destinations and has an annual number of about half a million visitors. In 2022 the tourism is expected to recover to the record level of 2019, and over the next three years, Rovaniemi tourism is expected to grow by 10 percent annually. 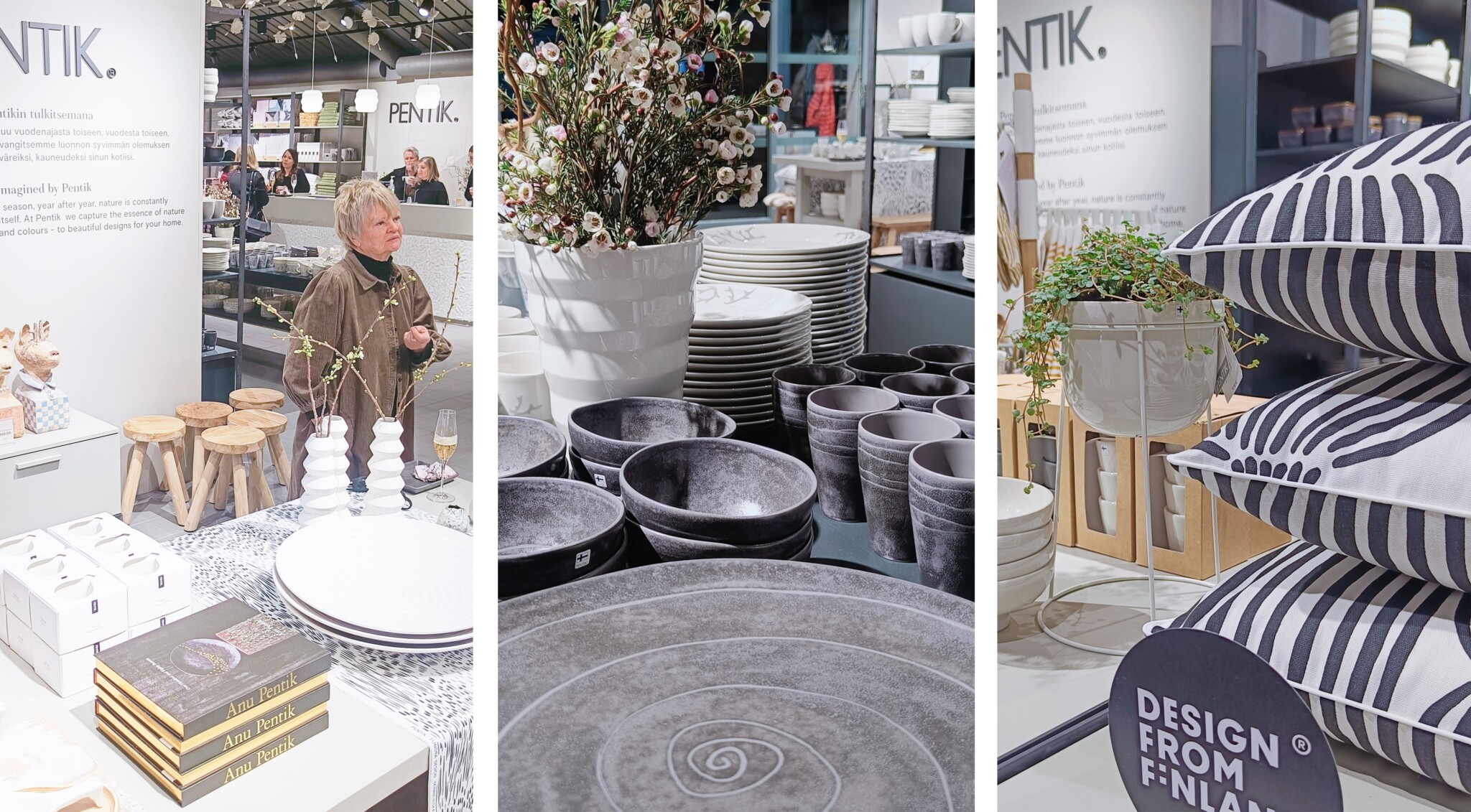 Fall for the gems of world’s northernmost ceramic factory

The distinctive beauty of Pentik ceramics arise from the seasons of Lapland and the never ending power of nature. Pentik is Northern design created with love. With Pentik’s eternal ceramics, you not only create beautiful table settings, but this high-quality design is created to bring joy and style for everyday life as well as moments of celebration. 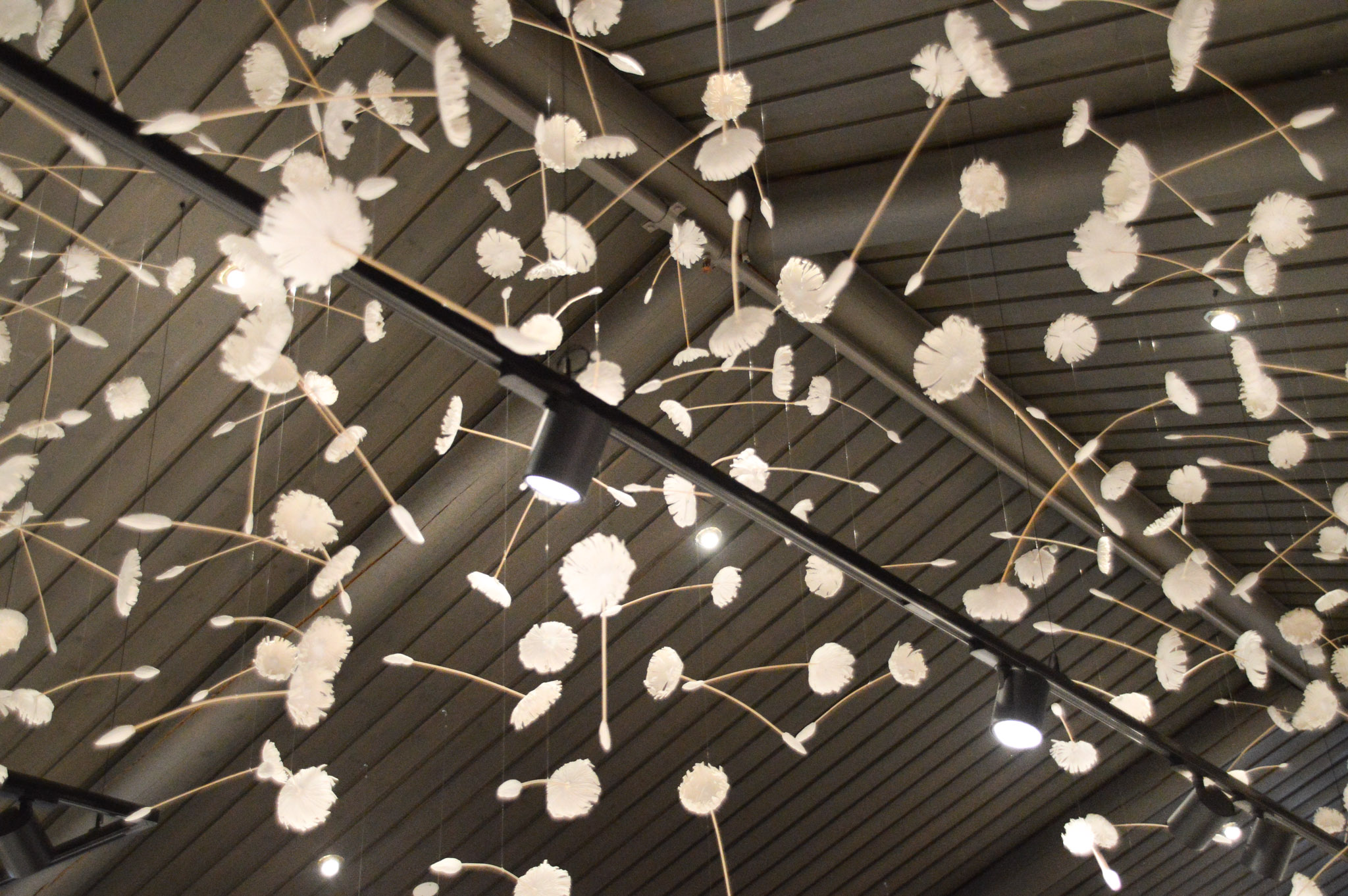 The award-winning ceramic artist Anu Pentik (1942) is inspired by the nature and the mystic of Lapland. Pentik designed the Riding the Wind installation, as part of the In the Beginning There Was a Seed exhibition, held in WAM  Turku City Art Museum. For the installation, Pentik created 1,500 ceramic seeds with a wooden stem.

This three-dimensional exhibition now embellishes the new Pentik’s Arctic Circle store. A field of dandelions reminds Pentik of her childhood. Hundreds of florets  and fluffy, white parachutes that glide softly in the wind – everyone of us has blown them to fly away with the wind, at one time or another. 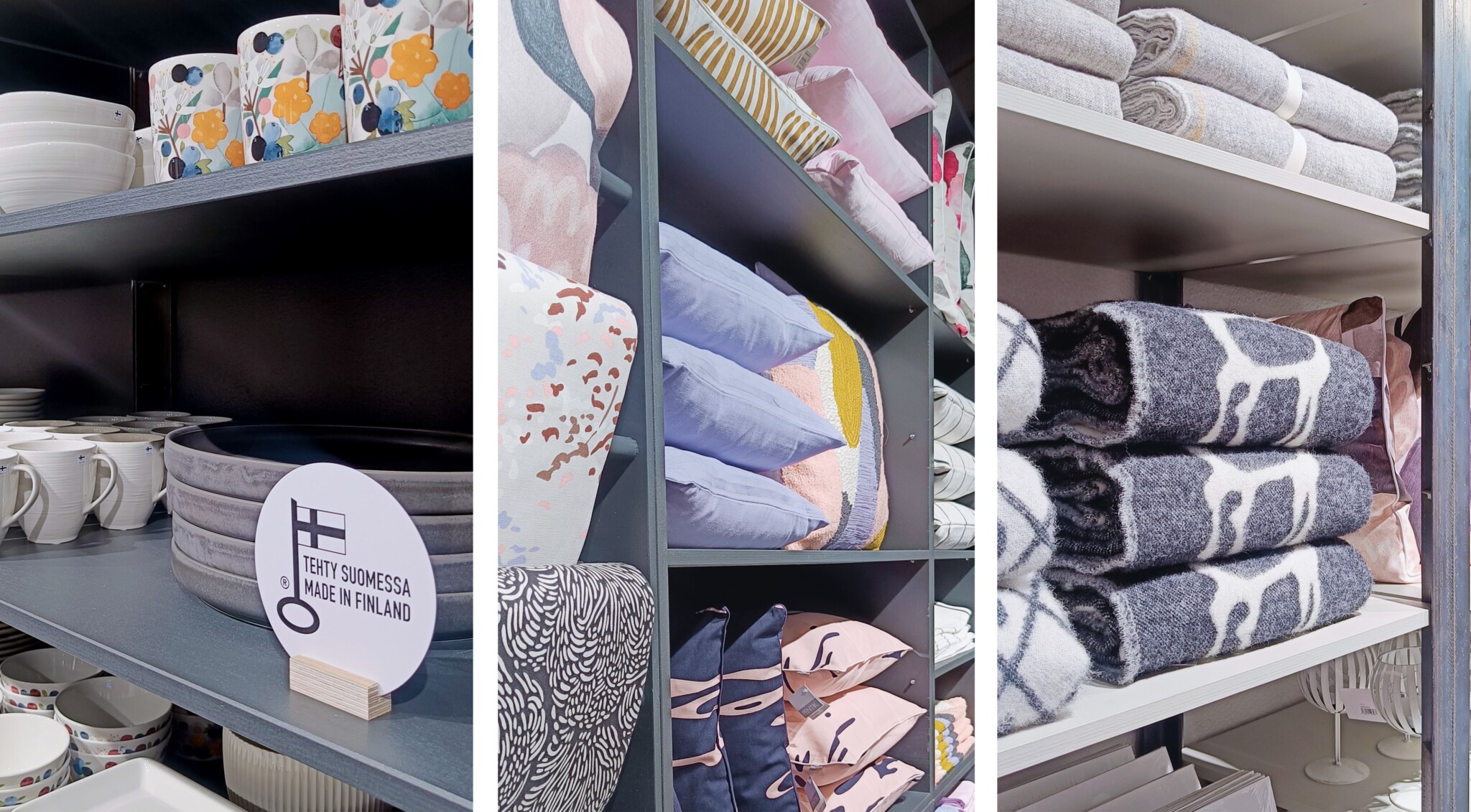 Pentik – decorating homes for half a century

It all started with a young beauty’s bold dream, to live the life of her dreams in the heart of Lapland. Pentik, was originated out of the enthusiasm that artist Anu Pentik had for material Arctic clay.

Pentik is an iconic story about “sisu” a Finnish word for relentless willpower, and know-how, the inexhaustible thirst for life and the need to create. One cannot help but be impressed by this story of a family working together for a dream. Pentik has decorated homes and conquered hearts for half a century. 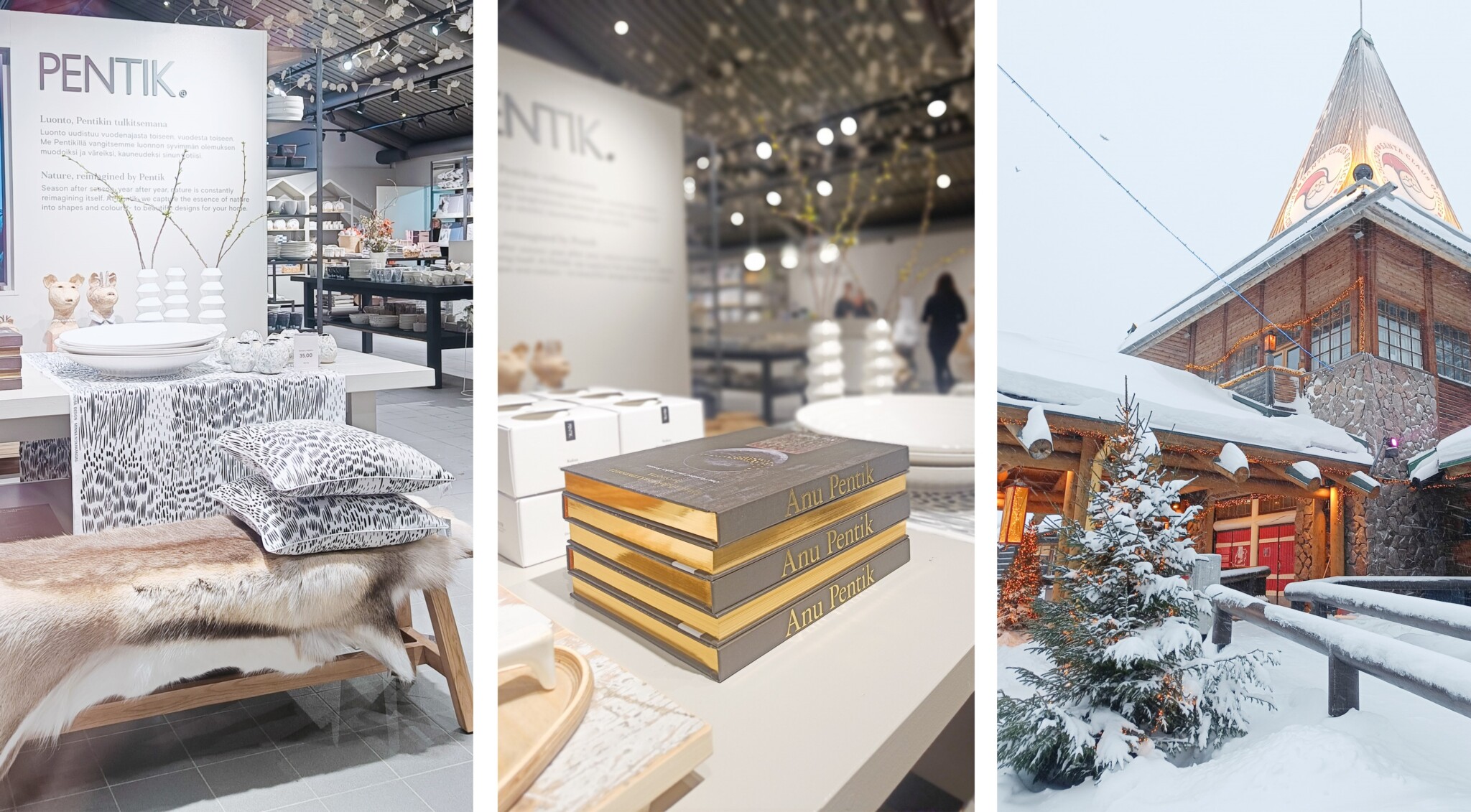 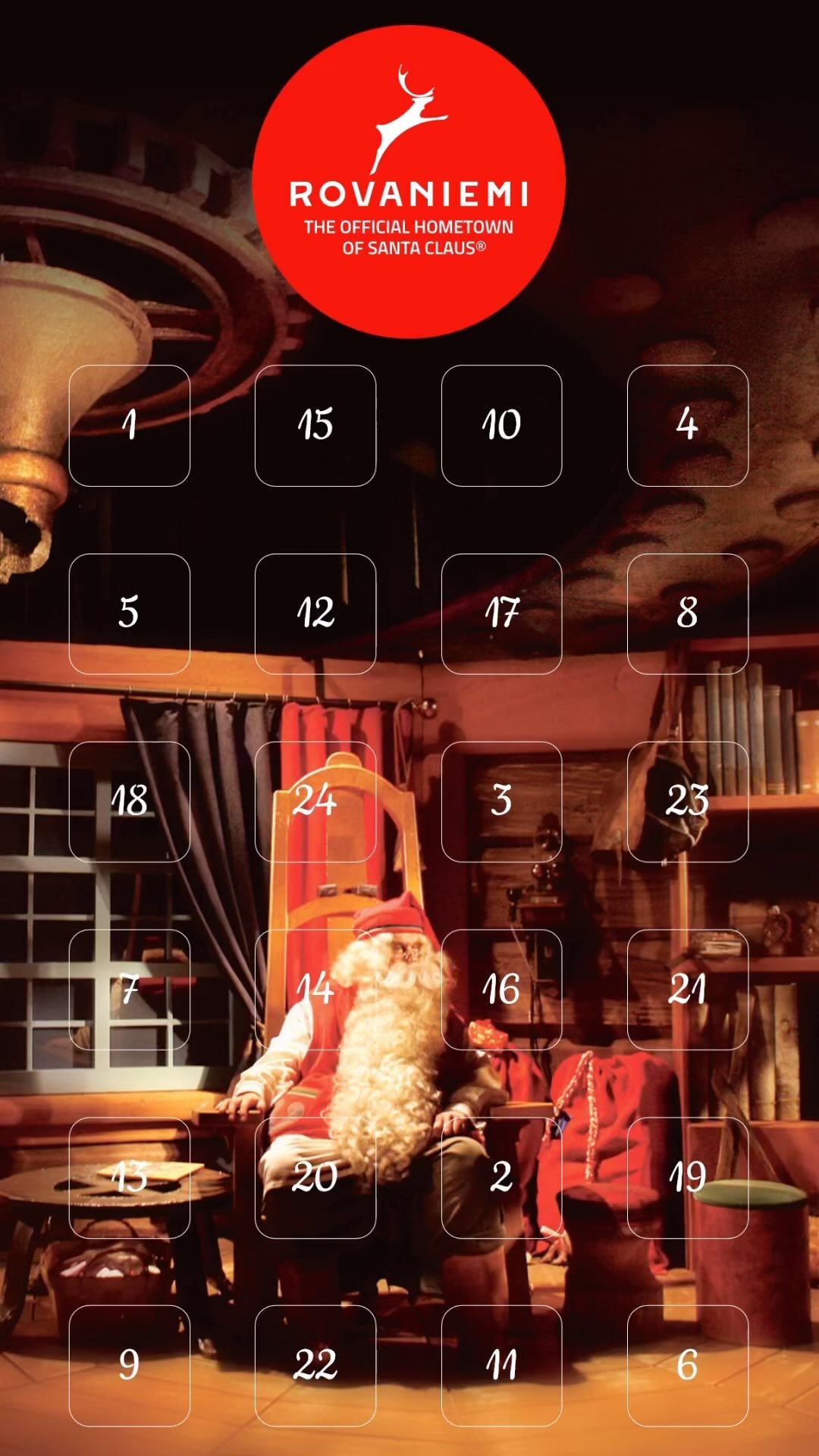 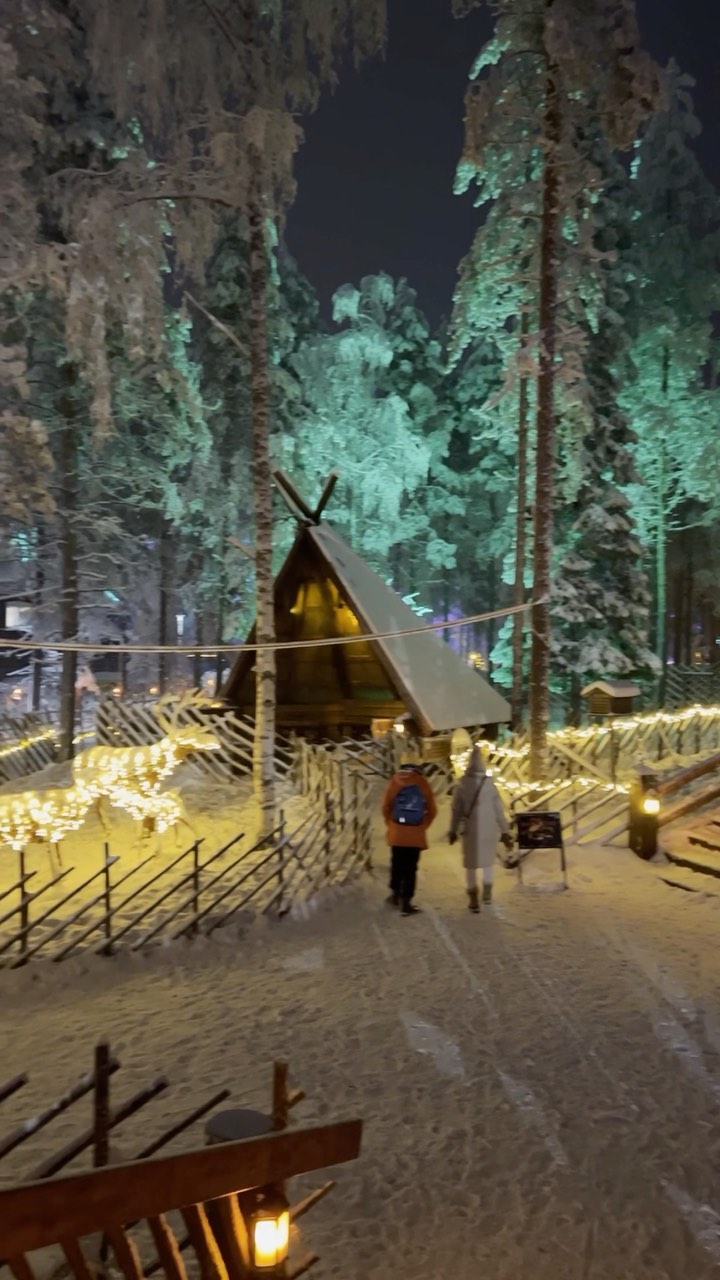 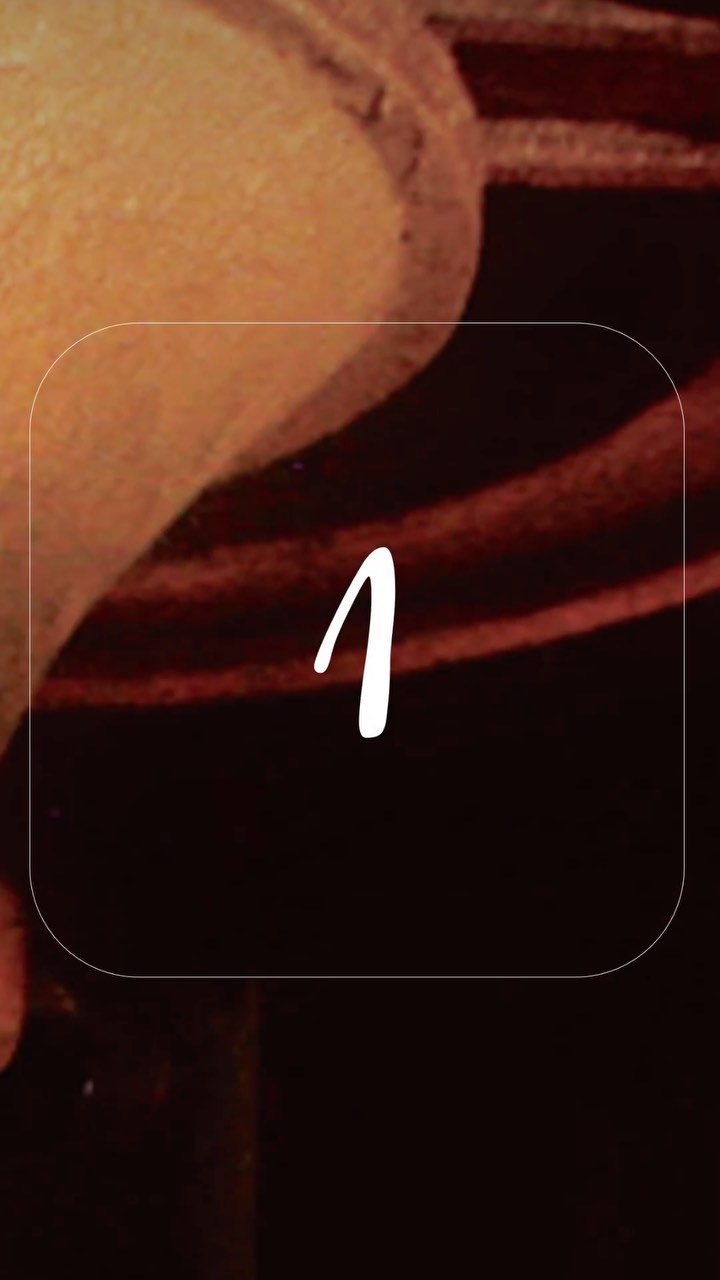 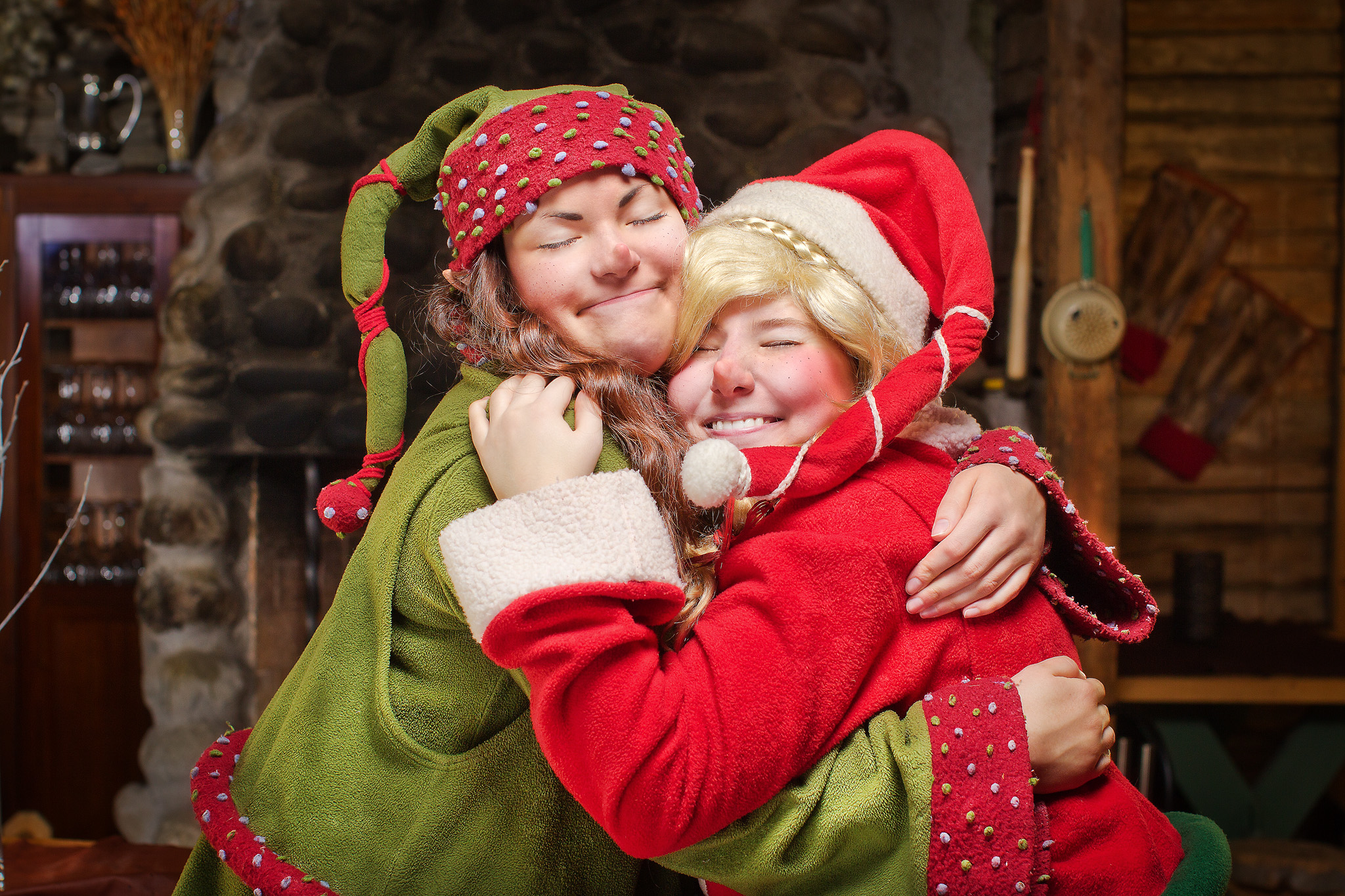 visitrovaniemi
•
Follow
Happy Elf Hat day from Rovaniemi! The idea of the day is to share joy to others with small gestures ❤ #elf #visitrovaniemi #christmastime #rovaniemichristmas #lapland #arcticcircle #christmas
View on Instagram |
4/6 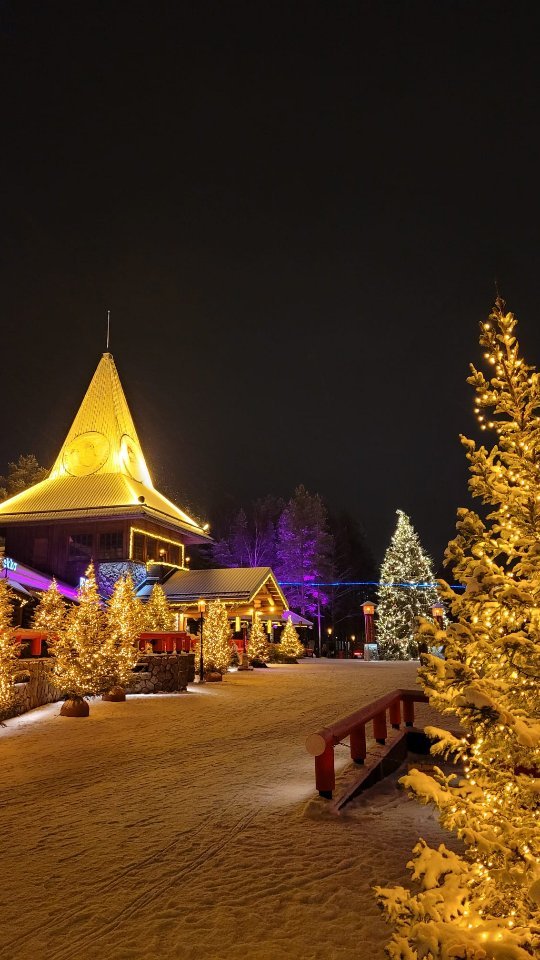 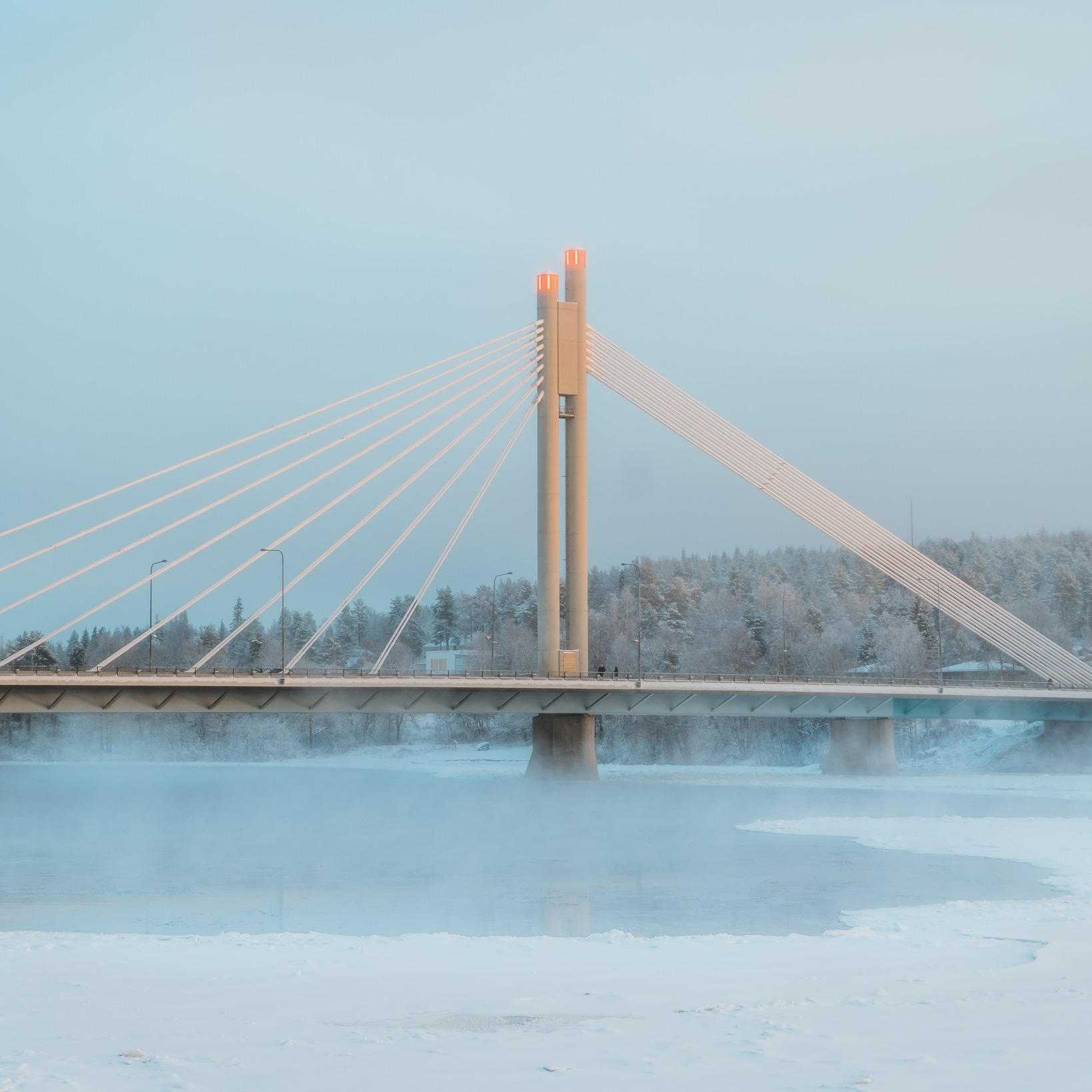 visitrovaniemi
•
Follow
WARNING! THIN ICE! Walking on the frozen river in the town centre of Rovaniemi is life-threatening. The City of Rovaniemi and the Lapland Rescue Department warn people about thin ice on the river, especially in the town centre of Rovaniemi. People have been observed standing on the frozen Kemijoki River at the city centre area, although the ice cover is very thin, so walking on the frozen river can easily be fatal. “If you see someone on the frozen river, they must be immediately instructed to head for land”, states Riku Mäenpää, Safety Instructor at the Lapland Rescue Department. The ice may also be very weak in places outside the town centre, as there have been no prolonged periods of below-freezing temperatures. The City began setting up fences which have warning signs about thin ice written in many different languages. Fencing will also be installed close to the Konttinen Summer Theatre to prevent people from sledging down onto the thin ice of the river. The safari companies will start building a snow barrier from Hotel Pohjanhovi upstream past the Lumberjack Candle Bridge. The purpose of the snow barrier is to prevent people from riding snowmobiles too close to the shore. Stay safe while visiting Rovaniemi!
View on Instagram |
6/6
Like us
Like us on Facebook
/VisitRovaniemi.fi
Follow us
Tweet tweet
@visitrovaniemi
#Rovaniemi
#VisitRovaniemi