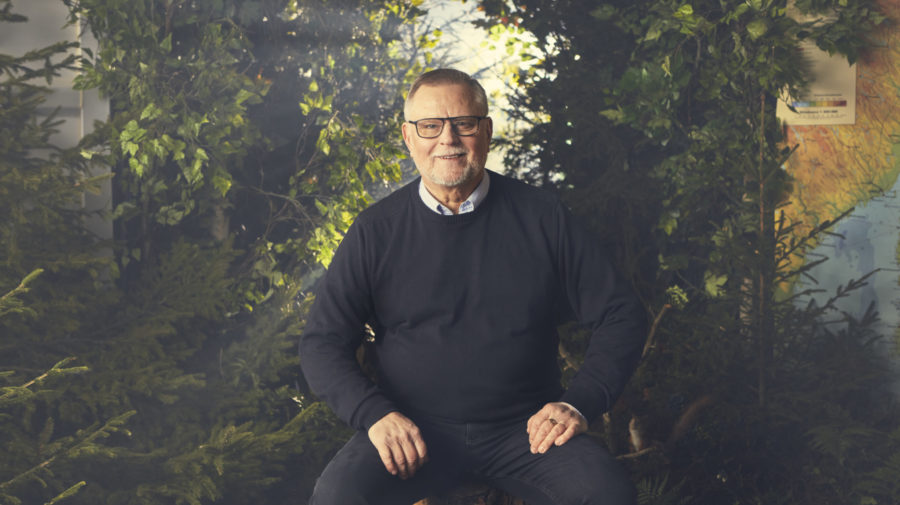 Esko Lotvonen: An effective Arctic process has borne fruit – activities will continue with even closer cooperation

Mayor of Rovaniemi Esko Lotvonen extends a warm welcome to everyone attending the Arctic conferences in early May, so that we can work together to ensure sustainable development in the best interests of both current and future generations.

The meeting of Ministers of the Environment from Arctic countries in Rovaniemi in 1991 began the extensive collaboration within the current Arctic Council. Arctic cooperation has, of course, involved much more than just the Council’s activities. Local and regional actors in Europe’s Arctic region have engaged in practical cooperation in the Barents Region and within the framework of the North Calotte Council and various EU cross-border programmes. I have been centrally involved in all of these structures as a decisionmaker, and I can say that Arctic cooperation has been productive and effective for almost three decades.

Rovaniemi is a responsible and exemplary actor in Arctic development

Arctic issues are now in the global spotlight, in terms of everything from research and development to politics. As the Arctic capital of both Finland and the European Union, Rovaniemi has been a responsible and exemplary actor in Arctic development. Rovaniemi has grown into a leading Arctic travel destination for tourists all around the globe. This role also involves a responsibility for promoting sustainable tourism, and we are helping to curb climate change in many ways. For example, we have in practice completely ceased to use oil in energy production. As a result of R&D in Rovaniemi, electric snowmobiles are now being manufactured and used on safaris. We are also one of ten Finnish cities that are pioneering the development of the circular economy, and our main contribution focuses on the special requirements of the Arctic.

We also own the Arctic Design Capital trademark – it is under this framework that Arctic design is being developed in collaboration between the University of Lapland, Lapland University of Applied Sciences, and local companies.

The Arctic Europe Network was established in May 2017. The Arctic’s population is heavily concentrated on its cities. Urban decision-making therefore plays a key role in finding solutions to climate, environmental, educational, transport and wellbeing issues in Arctic regions. Which is why we cannot sideline the city network in our development work! The leaders of the Arctic cities will meet in Rovaniemi in conjunction with the ministerial conference in order to further strengthen their cooperation models.

Intensive Arctic activities will continue in Rovaniemi after Finland’s chairmanship

Finland assumed chairmanship of the Arctic Council in May 2017, and this has brought major Arctic conferences to Rovaniemi over the past two years. The meeting between Ministers of Foreign Affairs in early May will end our chairmanship, crowning it with an exciting week of Arctic seminars. However, Arctic activity in Rovaniemi will not drop in intensity after the end of Finland’s chairmanship. Rovaniemi will be hosting the Arctic Art Summit in June 2019 and the Arctic Spirit conference in November. The latter will focus on youth issues in Arctic regions in particular. Finland’s EU presidency in the latter half of the year will hopefully bring its own support for further work as well.

Well-oiled local, regional and international cooperation is required to develop Arctic regions and meet their challenges.

On behalf of the City of Rovaniemi, I’d like to extend a warm welcome to everyone attending the Arctic conferences in early May, so that we can work together to ensure sustainable development in the best interests of both current and future generations.

Esko Lotvonen is one of the happiness guides of Rent a Finn -campaign by Visit Finland. Read more about Esko and the campaign here.