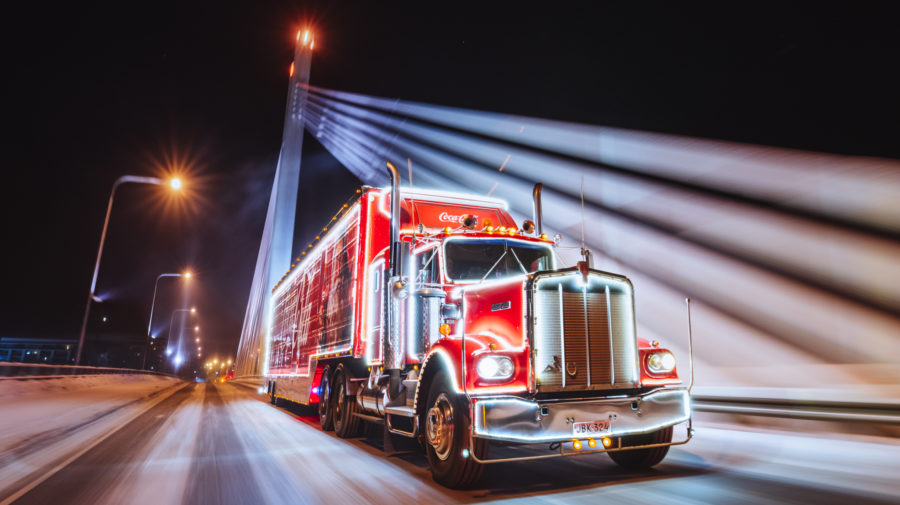 The Coca-Cola Christmas Truck has visited over 300 places around the globe before finally arriving in Finland. In Finland the truck made a historical first-time ever stop on the Arctic Circle in the city of Rovaniemi, also known as the official home town of Santa Claus.  Santa Claus together with the Mayor of Rovaniemi welcomed the truck in town and honored The Coca-Cola Company with the ‘Christmas Spirit Recognition’ for the contributions of the company in enhancing goodwill and joy during holiday season around the world.

Rovaniemi, The Official Hometown of Santa Claus® presented The Coca-Cola Company with the ‘Christmas Spirit Recognition’. The Recognition was presented in a ceremony that took place on the Arctic Circle.  The most famous resident of Rovaniemi, Santa Claus himself, came to witness the ceremony with his reindeer. The Mayor of Rovaniemi Mr. Esko Lotvonen handed over the Recognition to Walter Susini, Senior Vice President, Marketing at Coca-Cola EMEA.

“Santa Claus is an ambassador of goodwill, kindness and joy, all values in high demand in any culture. With this Recognition we wanted to honor these qualities and recognize The Coca-Cola Company for its long history in furthering the holiday spirit all over the world. Coca-Cola is known for Christmas icons like Christmas Truck Tour and the kind and cheerful Santa Claus character that both are made to do good and capture the joy of the season”, said Esko Lotvonen, Mayor of Rovaniemi.

“Santa Claus is a symbol of caring, sharing and happiness which are values shared both by Rovaniemi and Coca-Cola. These are also valued by half a million annual visitors to Rovaniemi as well as millions of people who have visited Coca-Cola Christmas Truck events around the world”, Mr. Lotvonen continued.

”The Arctic Circle is a significant place. Many dreams come true in here when visitors get to meet Santa Claus. The visit of the Coca-Cola Christmas Truck is a historical moment, a magical get together of world-famous brands”, said Sanna Kärkkäinen, CEO of Visit Rovaniemi.

Rovaniemi was almost completely destroyed in World War II. In 1950, Eleanor Roosevelt, the wife of US President Franklin D. Roosevelt, came to visit Rovaniemi to witness the rebuilding process. She wanted to visit the Arctic Circle, and Rovaniemi officials rushed to building a cabin eight kilometres north of the city. The cabin marked the birth of Santa Claus Village and still stands today next to Santa Claus Main Post Office. 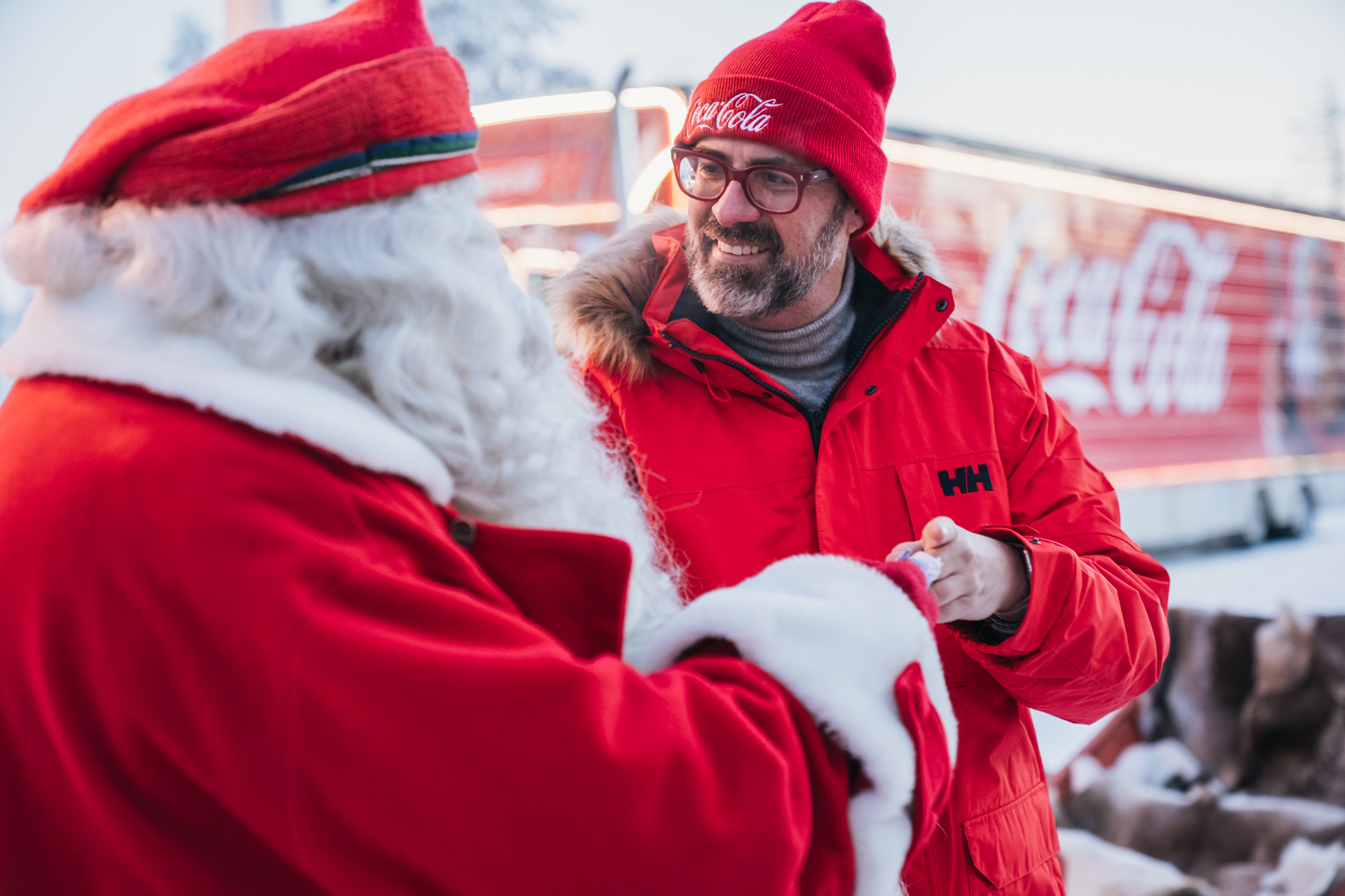 Coca-Cola has a special relationship with the most famous Finn in the world, Santa Claus himself
Coca-Cola Christmas Truck has visited more than 300 places around the world and has now made a historical and first-ever stop on the Arctic Circle on its first Christmas tour in Finland. Arctic Circle is a circle of latitude that runs 66°33′45.9″ north of the Equator. It marks the southernmost latitude where the sun can stay continuously below or above the horizon for 24 hours. These phenomena are known as the Midnight Sun in the summer and the Polar Night in the winter.

“In Finnish Lapland there is no better stop for Coca-Cola Christmas tour than the Village of Santa Claus himself. For the fact that Coca-Cola has a special relationship with Santa Claus and Finland. In 1930’s Coca-Cola commissioned an American artist Sundblom to create an image of Santa Claus for Christmas advertising. Sundblom’s father was an immigrant from Aland Islands, a province of Finland located in the Baltic Sea. The character he created was a completely new view of Santa Claus, not seen before. Santa was a jolly old man with a white beard and a wide smile”, said Mr. Walter Susini when receiving the Recognition.