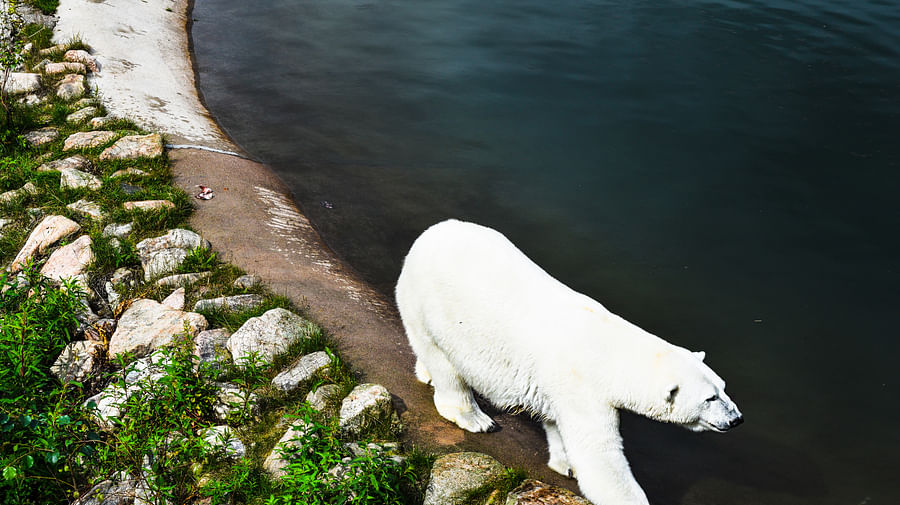 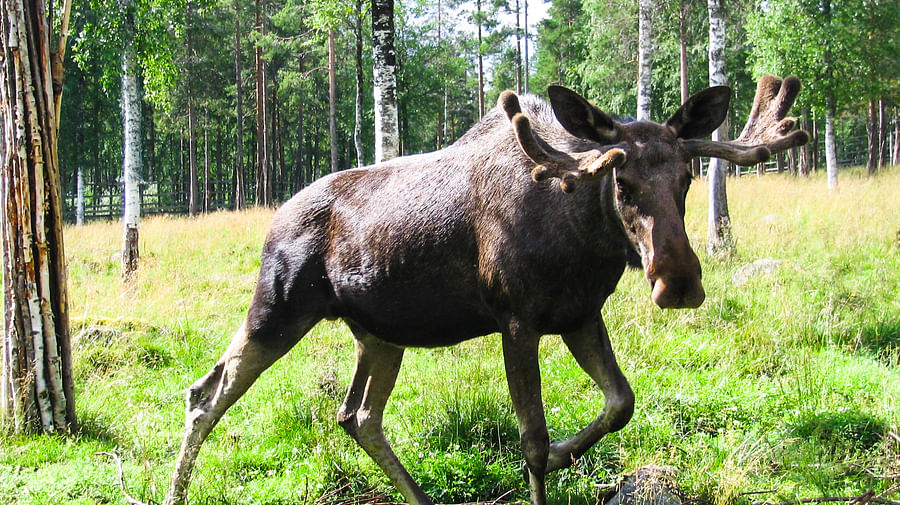 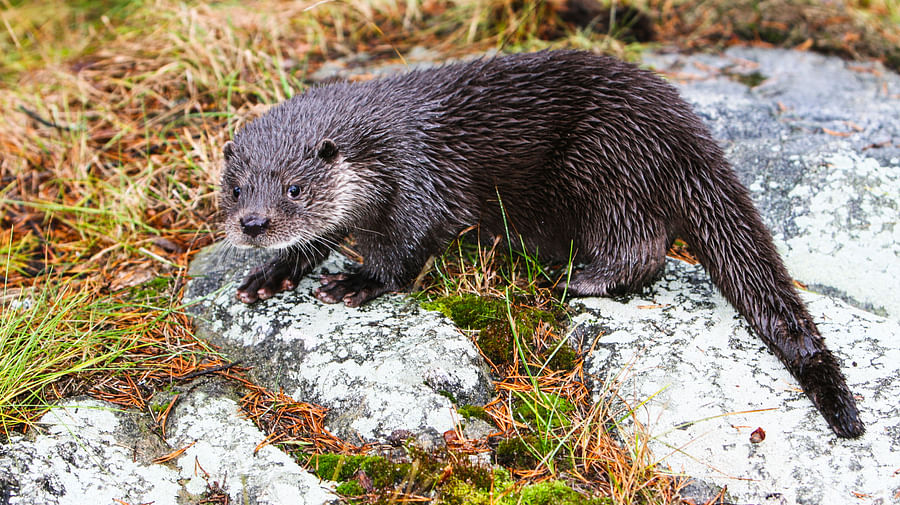 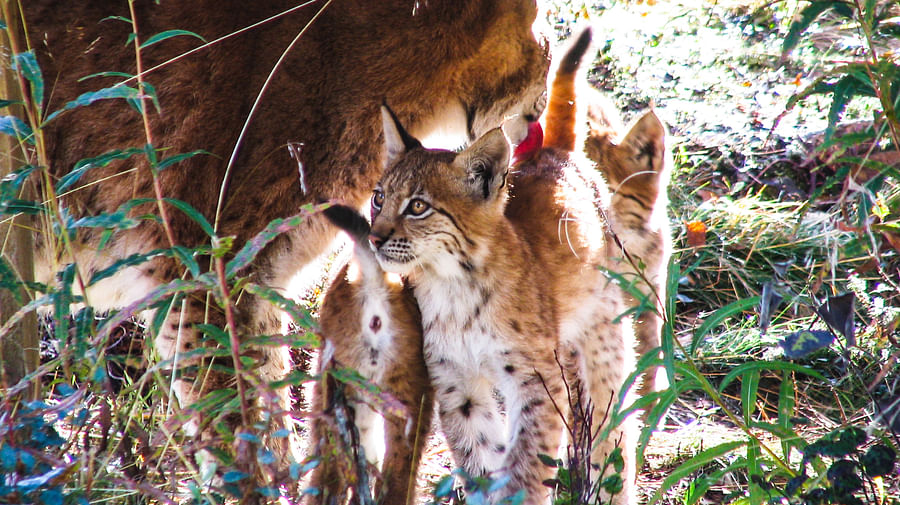 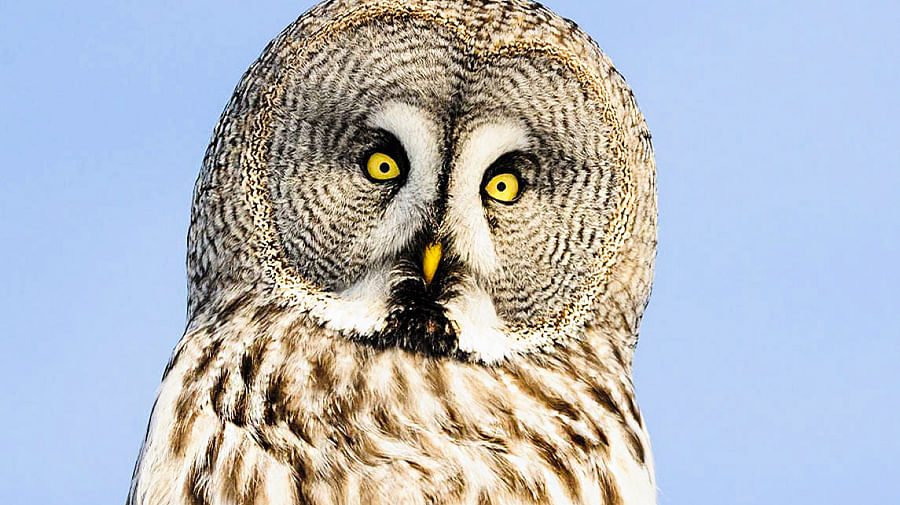 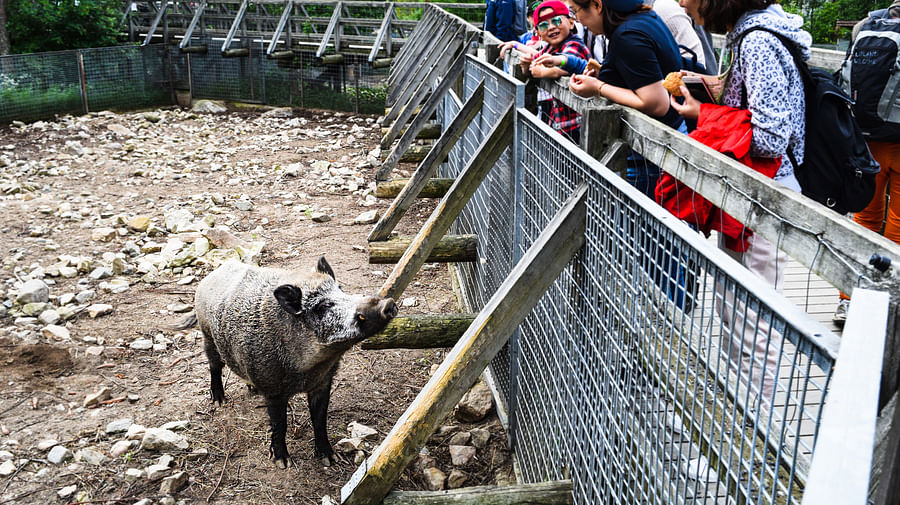 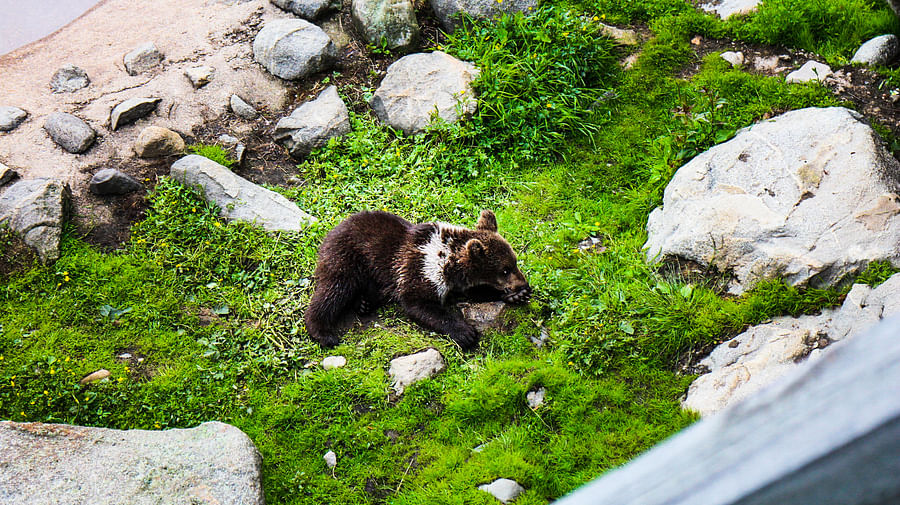 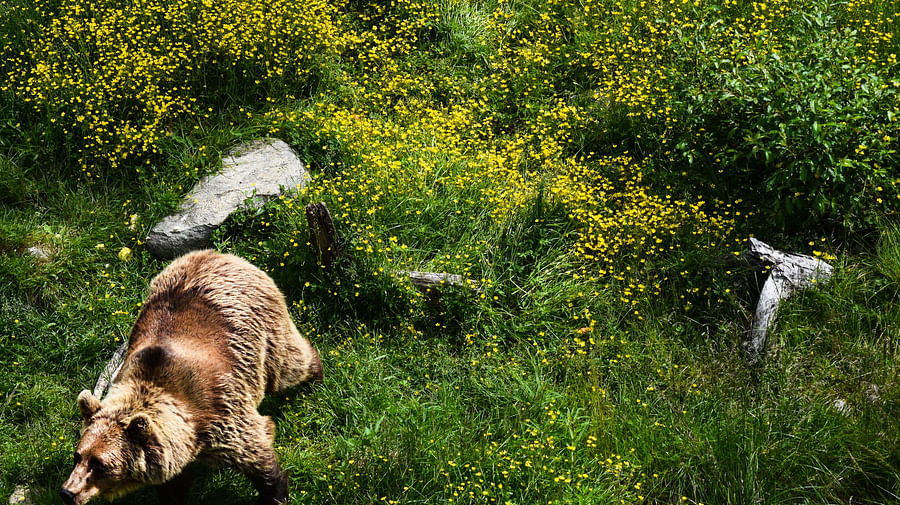 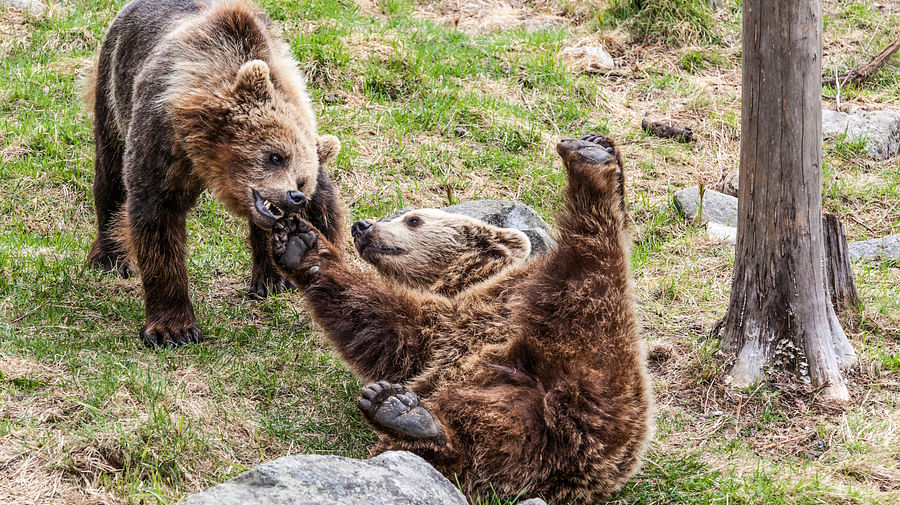 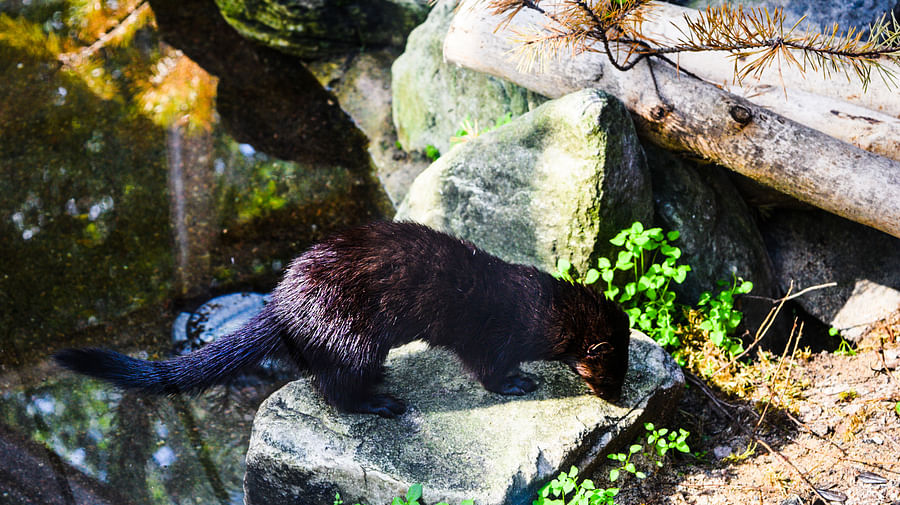 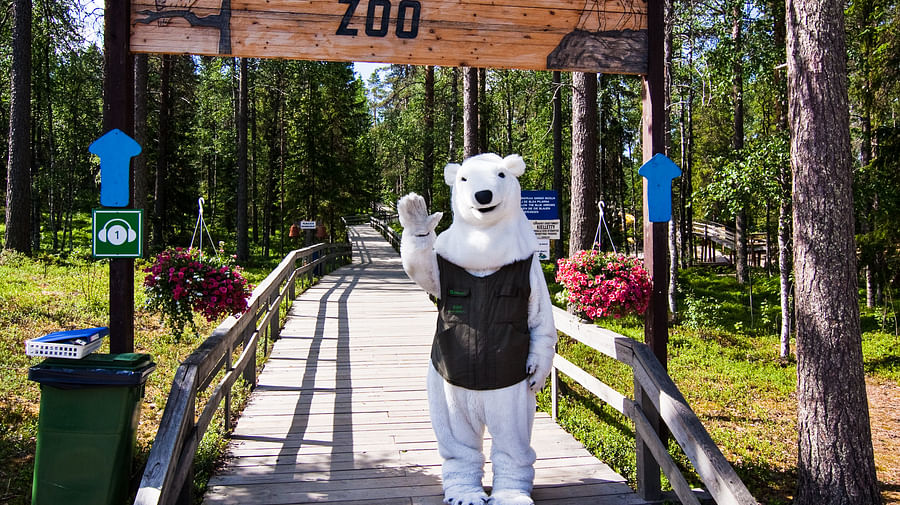 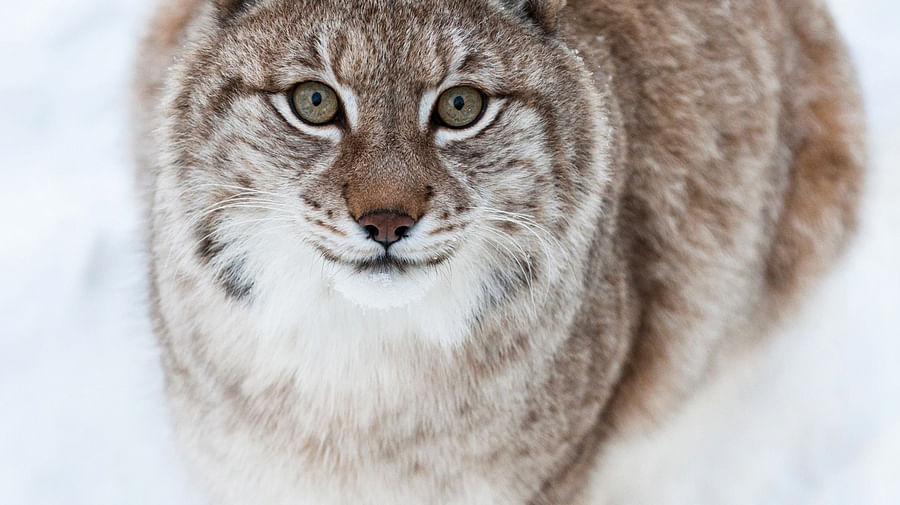 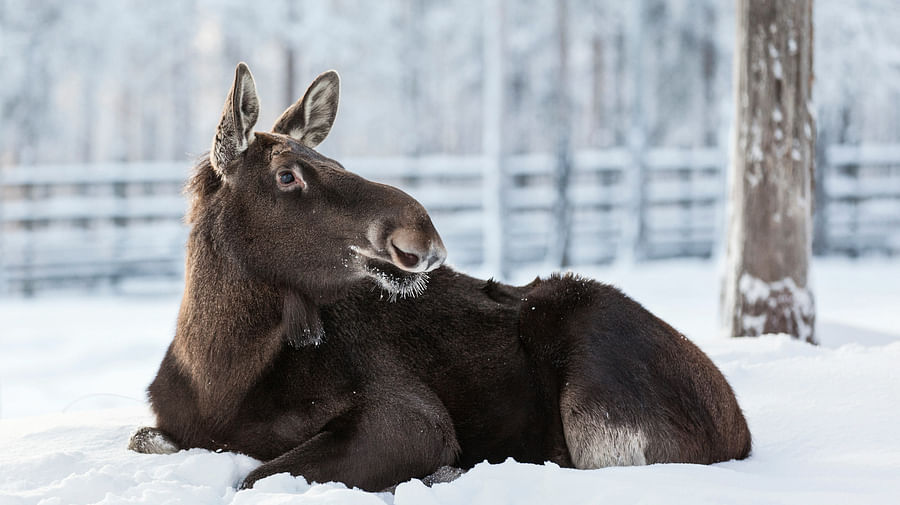 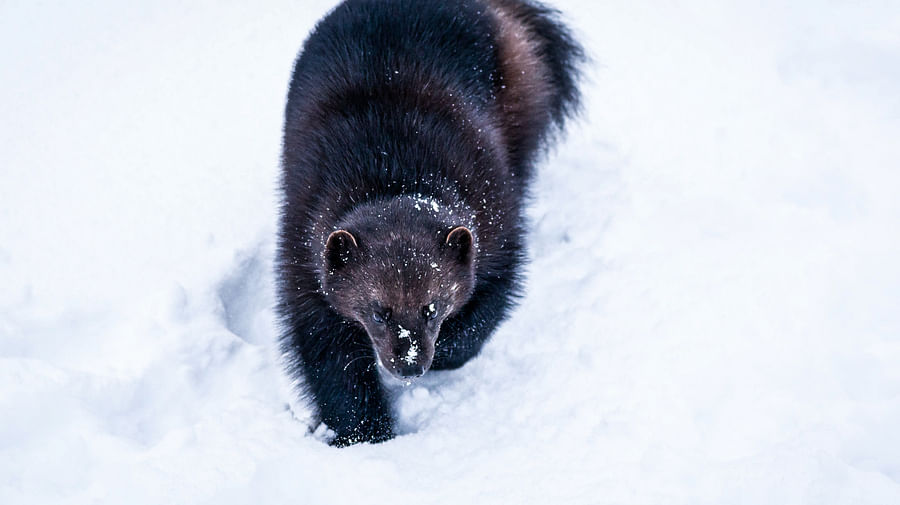 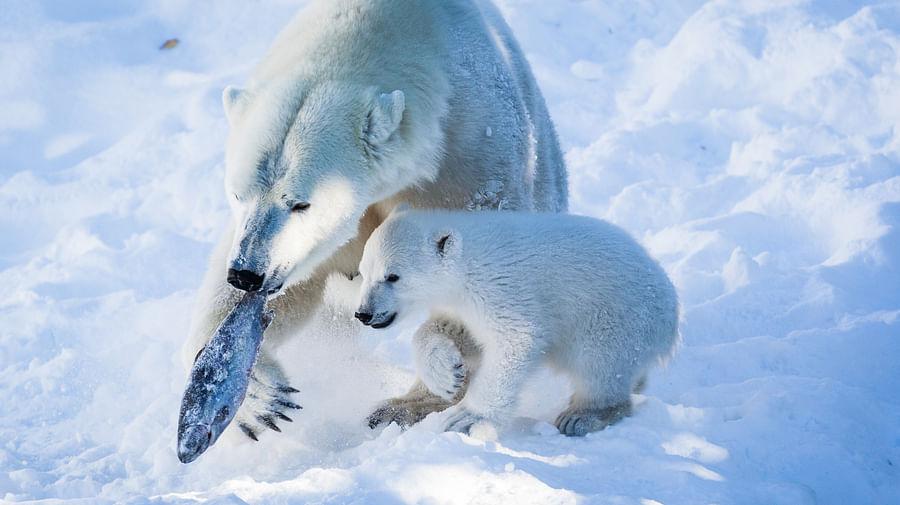 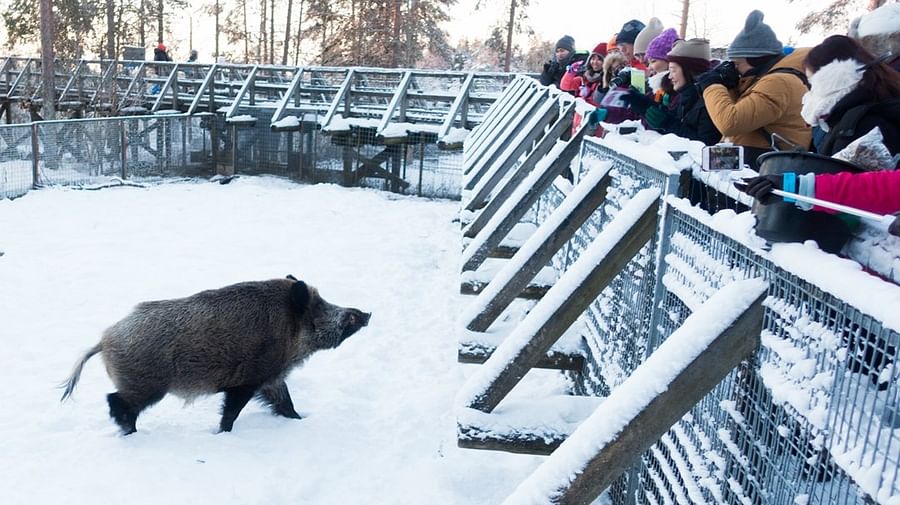 Visit the most northern wildlife park in the world with a local guide and see many animals living in the arctic areas. Ranua Wildlife Park offers tourists and nearby inhabitants the opportunity to observe arctic animals throughout the year, in an as authentic environment for the animals as possible.

The park animals consist of approximately 50 wild animal species and 200 individuals. In the park, it is possible to see polar bears and many other animals like brown bears, reindeer, wolves, gluttons, lynxes and birds.

Already on the way to the zoo there is a chance to see beautiful nature and maybe some reindeer. Tickets, transfers, guiding, barbeque lunch, equipment and boots are included.

Here are some examples of the animals in Ranua wildlife park:

The grey wolf lives wherever its main source of food, deer, live. As a timid animal, the wolf appreciates wide, peaceful wilderness, but as humans spread deeper into the woods, the wolves have also had to adapt to the presence of man. Unfortunately, some individual young wolves have even learned to search for food in yards and pastures. The wolf is a night-active animal, and the most typical way for it to find food is to hunt in packs for moose. A pack of wolves consists of a dominant male and a female (the so-called alpha pair) and their young offspring. However, most of the wolves in Finland live the life of a solitary wanderer, even though for them as well the ultimate goal must be finding a partner and a suitable habitat.

Habitat and behaviour: The red fox is a very adaptable and clever animal, and it is found in all kinds of habitats all the way from the coasts to the mountains. Foxes thrive wherever they can find food at the time. The fox is active mainly at night and during twilight, but if necessary, it can be seen searching for food or members of the opposite sex also during the day.

Arctic foxes live in the northern mountain areas. The arctic fox, which is active during twilight, usually lives alone or together with its mate.

The raccoon dog prefers to live in broad-leaved or mixed forests. The dense undergrowth not only conceals potential nutrition, but also provides protection to raccoon dog cubs that pad along on their short legs. The raccoon dog is a night-active animal that, when foraging, digs around for example in garbage heaps right next to human habitation.

Polar bears live on the coasts of arctic regions and on the frozen expanses of the northern seas. The polar bear lives a solitary life, with the exception of the female that travels with its cubs. Unlike the northern brown bear, the polar bear does not hibernate but remains active throughout the year. Some polar bears spend their summer following the retreating sea ice and hunting seal, some spend the summer on dry land where the food is scarcer, using the fat deposits they have built up during the winter.

The Finnish brown bear lives mainly in conifer forests. The brown bear, which is active during twilight, can also be seen searching for food during the day. Brown bears are usually solitary. The male and the female spend time together during mating season in the summer, and the mother usually lives with its growing cubs until the next litter is born.

The wolverine lives in conifer forests and mountain areas. Wolverines are extremely mobile; the weasel has a large habitat and can travel up to 50km in a day. The solitary wolverine is active mainly during twilight.

The European mink lives by waters and favours smaller, hard-bedded streams. The night-active mink is an excellent swimmer and mainly lives alone outside the mating season.

Lynxes habit many different types of environments, excluding mountain areas and flat coasts of Ostrobothnia. Their prey animals, hares and white-tailed deer, thrive primarily in broad-leaved and mixed forests, on the edges of fields and in shrubs. Consequently, these areas are also preferred by the lynx that is active at dawn and at dusk.

Starts at 10 AM in Lapland Welcome safari office and pick up from major hotels in advance.

Tickets, transfers, guiding, all equipment, light lunch, adventure gear is included. With a local guide you will know much more. You will get information about animals, you will get binoculars to spot them in distance and you will see them active when they are fed.

BOOK ACTIVITIES ONLINE AND SAVE! WE OFFER 2% DISCOUNT FOR ONLINE BOOKINGS

Please, check the pick up time from your hotel on your ticket.

Pickup is offered in following places